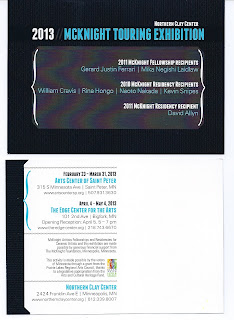 Ceramic art keeps pushing the “envelop” in colors, beauty and grace.  That is good for everyone who enjoys art because there are always more upcoming surprises. The Edge Center Gallery opens its 2013 season early to accommodate some of the best surprises this year from the McKnight Touring Exhibition of the Northern Clay Center. Ever wonder how ceramic art is made, what the art objects mean, or even why is it art at all? The information here may help, but seeing the exhibit in person can make it real. The Exhibition runs in Bigfork April 4 through May 4 with the Opening Reception on Friday, April 5 from 5:00 to 7:00PM. The exhibit and reception is free and open Thursdays through Saturdays 10AM to 4PM. 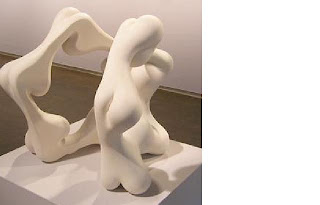 The exhibition provides outstanding examples of what can be done with basically the same materials used from early time: Water and clay. They are from the work of seven artists who won McKnight Artist residency awards for ceramic artists at the Northern Clay Center in Minneapolis. The awards support a residency at NCC for a period of time after which some of the art may become part of a traveling exhibit. 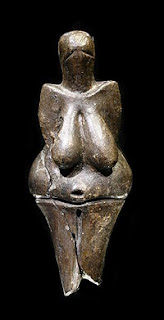 It is not hard to image early man hollowing out a lump of clay to hold something. But at what point did it become art? The above figure, titled Venus of Dolní Věstonice, found in the modern day Czech Republic, is between 25,000 and 29,000 years old from the hunter-gather Paleolithic period.  We can only speculate that it was not utilitarian and probably religious.  We can also speculate that the artist, estimated between seven and fourteen year old, left his or her unintentional finger print fired into the work.  For more info click:
http://en.wikipedia.org/wiki/Venus_of_Doln%C3%AD_V%C4%9Bstonice 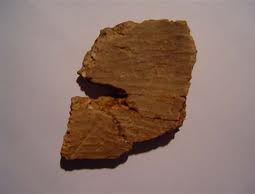 And when did those early bowls become more than just tools?  Adding “art” to bowls and other vessels can be found in pottery shards (above) dating back over 20,000 years.  There were beautiful vessels being made that have been saved from 4,500 to 5,000 BC such as the vessel below from Mesopotamia. 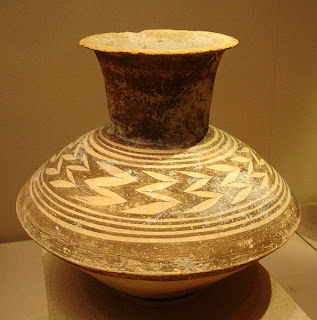 A very familiar way to work with clay is the potter’s wheel (below), but there are many other techniques for working clay with the most common being “hand-built”, which is how the Bigfork exhibits were made.

Factories commonly use slip casting techniques, but it can be an artist’s technique if they make the mold by hand.  Clay can be made into slabs with rollers with the resulting slabs used for the work.  Pressing slabs of clay into shallow molds can be used. The techniques are part of the art, and in one case the sculpture combines layers upon layers of newspaper and slurry, as well as screen-printed cloths, to create seemingly rough, brick-like, yet extremely delicate forms. 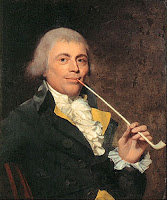 Just as bowls used to carry things evolved into “art”, clay pipes eventually became very decorative.  According to The Museum of London, the earliest account of a pipe being used to smoke dried tobacco in England dates back to the 1570s, although people in Ecuador were using pipes as long ago as 500-300 BC. 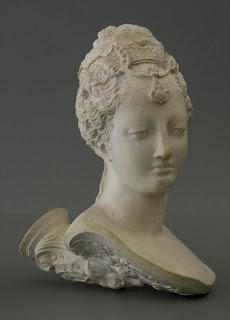 As with clay pots, other seemingly common, useful clay objects can become art.  At some point, decorations were added to pipes and glazing to make them very art-worthy. Clay pipes, of French origin, known as "pipes d'étalage” (image above were never intended for smoking, but were advertising.  They were awarded to special retailers and displayed in storefronts. Very few were made and were of the highest quality in clay content and sculpture. Only eight of these “pipes” have surfaced and little is known about the artists who made them. Known for their "pipes d'étalage" includes: Dumeril Leurs, Dutel-Gisclon, Blanc Garin and Gambier. Below is a Gambier pipe.  For more about this side of clay art refer to: http://www.facebook.com/tobaccopipeartistory/photos_stream 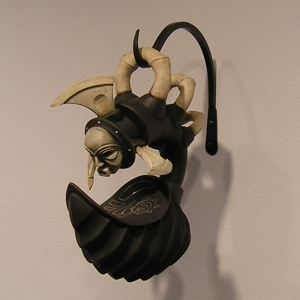 Lynn Nachbar, Director of the Current exhibit and former instructor of ceramics at Bowling Green State University explains what visitors should look for in the Bigfork exhibit, “…they should note the extreme variety of the ways that clay is handled by the artists. They should consider the “message” of each piece. Nakada’s license plate project is a type of conceptual art.  What is the concept?  How does Laidlaw’s work relate to her Buddhist heritage?  Ferrari’s sculptures seem to derive from ethnic art – maybe African.  What does that mean?” 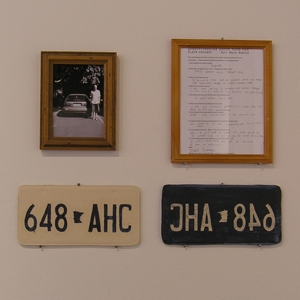 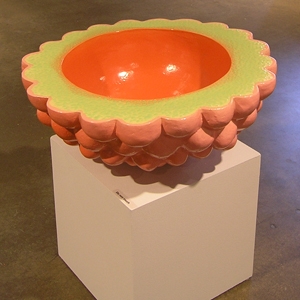 Posted by Edge Center for the Arts at 8:55 AM