“Shop Around the Corner” at The Edge in Bigfork 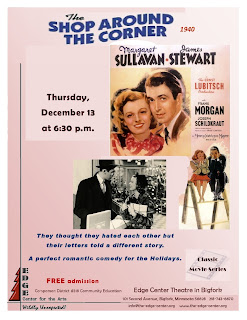 “Shop Around the Corner” is a 1940 movie about two workers in a shop who don’t like each other and both would prefer the persons they are anonymously corresponding with in letters. It is this month’s classic movie shown at The Edge Center in Bigfork. The movie is a wonderful romantic comedy perfect for the Holidays that will warm you up on a cold December evening. And, if the movie sounds a bit familiar, it should…if you add modern Email, make the shops bookstores, and name one of them “Shop Around the Corner” you might be talking “You’ve Got Mail”. The 1940 movie was so well liked and well done that it has been the inspiration for movies, musicals along with radio and television shows. 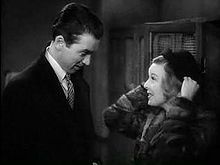 Learn more when you see it along with an informative discussion about the movie at The Edge Center Theater in Bigfork Thursday, December 13 at 6:30PM. The movie is presented by the CLASSIC MOVIE SERIES with a cartoon from the same year and a background presentation by Jack Nachbar. And while you are there you can “shop” in the gallery gift shop for a hand made treasure for your special person. Admission is free, with a cartoon from the same year and treats appropriate for the movie. 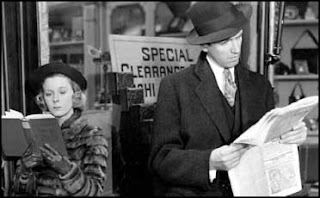 The 1940 “Shop Around the Corner” movie is an adaptation of a Hungarian play with Jimmy Stewart and Margaret Sullavan playing the leads. You’d think any two people hating each other as much as they do would never get together, but will “love conquer all” in this classic? Alfred Kralik (Jimmy) and a newly hired Klara Novak (Margret) not only loathe each other but also have fallen for their pen pals. No great leap for viewers to figure out early they are writing to each other, but the subplots and romantic intrigue carried the 1940 audiences very well and still does. The “villain” in this whole mess is said to have even garnered applause when he gets what’s coming to him. 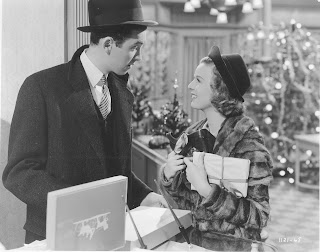 If you come and see this Jack Nachbar selected movie you will learn a lot more about the movie, its stars, the pre-war times, in which this was popular, and why it has stood the test of time so well. And don’t forget The Edge Center Galley filled with hand made holiday gifts...it will be the last week open this year. 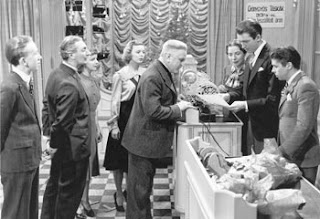 If you want to learn more about the movie and not wait until you see it, here is part of the review published in the New York Times in 1940. The whole review can be found at:

THE SCREEN IN REVIEW; Ernst Lubitsch Offers James Stewart and Margaret Sullavan in a Genial and

Ernst Lubitsch is offering some attractive screen merchandise in "The Shop Around the Corner" which opened at the Music Hall yesterday. "Ninotchka" appears to have used up his supply of hearty comedy for the time at least, but his sense of humor is inexhaustible. He has employed it to brighten the shelves where his tidy Continental romance is stored and, among the bric-à-brac, there are several fragile scenes which he is handling with his usual delicacy and charm, assisted by a friendly staff of sales-people who are going under resoundingly Hungarian names, but remind us strangely of Margaret Sullavan, James Stewart, Frank Morgan and Joseph Schildkraut. All told, they make "The Shop Around the Corner" a pleasant place to browse in…

…THE SHOP AROUND THE CORNER, as adapted by Samson Raphaelson from a play by Nikolaus Laszlo; musical score by Werner R. Heymann; directed and produced by Ernst Lubitsch for Metro-Goldwyn-Mayer. At the Radio City Music Hall. 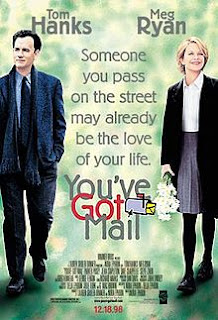