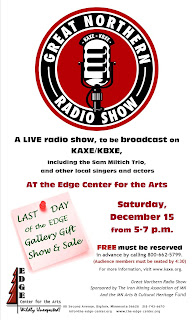 Radio (91.7 KAXE), heads to Bigfork on Saturday, December 15. The The Great Northern Radio Show, a popular variety program produced by Northern Community show will be broadcast live from the Edge Center for the Performing Arts in Bigfork from 5-7 p.m. on 91.7 KAXE on the Iron Range and across northern Minnesota, 89.9 Brainerd and 90.5 KBXE Bemidji. The program will also be streamed live at kaxe.org. Admission to the live performance is free, but reservations are requested by calling KAXE at 218-326-1234. Audience members are asked to be seated by 4:30 p.m. Walk-ups are welcome on a first come, first served basis. 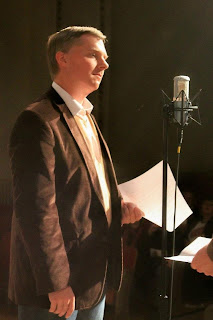 Written and hosted by Iron Range writer Aaron J. Brown, the Great Northern Radio Show features music, stories and comedy about modern life off the beaten path.  “We’re really excited to come to Bigfork,” said Brown. “It’s our first try at a holiday show and the Edge Center is such a wonderful theater. I’m excited myself because, while Bigfork might be the ‘edge of the wilderness’ to everyone else, I live in Balsam Township and it’s just a short drive for me.”

The Great Northern Radio Show is a true radio variety show, featuring an eclectic mix of material fit for audiences of all ages and styles of humor. What makes it different is its strong focus on northern Minnesota and the way it includes the location of each show as a central part of the program. 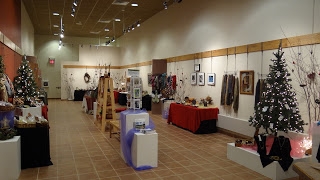 December 15 also is the last day of The Edge Gallery Gift Show and Sale. The gifts on sale in the gallery are all hand made by local artists. These gifts can help make giving different and special while still being affordable. Different and special because no one else will get the same thing and affordable because this year there are more inexpensive treasures than in the past. 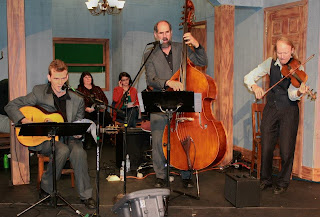 The Dec. 15 show will feature the Sam Miltich Trio playing a mix of Eastern European folk, jazz and holiday music. Bigfork-area musicians Kim Harrington, Maggie and Kristen Anderson, Jerry Hagen, Terry Price, Harold Boege, Alycia Johnson, and the Celebration of Grace Band from Grace Community Church under the direction of Karen Wetzel are among the expected performers, along with some surprise additions. 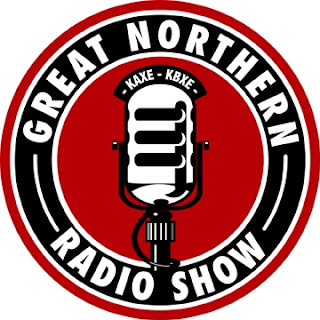 The Great Northern Radio Players, a rotating group of actors from towns around Minnesota, will feature local actor Marshall Oelmann, among others. Howard Pittson of Effie will tell stories about the Effie Rodeo. A western-themed holiday special will be presented, along with material celebrating the history of Bigfork, Effie, Togo and other parts of the region. Guests from popular Northern Community Radio shows are also likely. 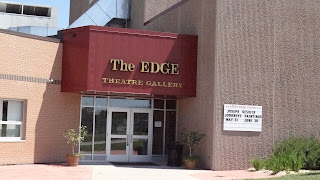 The mix of local talent performances include Jerry Hagen, Harold Boege, Terry Price, Marshall Oelmann plus Maggie Anderson performing "Bigfork Valley World", which is an original song written by Jerry about the area.

Marshall Oelmann will sing “Don’t go to Togo and possibly more. Marshall will be accompanied on the Togo song by Dave Evenson, Marlene Sethney and Julie Ingstad..

The song was written by Todd Harper from Minneapolis. He wrote it for a 100th anniversary of Bigfork melodrama that was at the Edge in 2008. Terry Price will perform a special song he wrote for this event. "Jack-the-Horse".

Kim Harrington, musician and song writer, is going to be on the show and he will sing his original song "The Riverman", a local favorite about the canoe making legend Bill Hafeman. 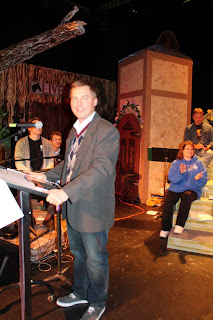 “Each show is unique, exciting and unpredictable,” said Brown. “Whether you attend the live performance, where you get to see behind the scenes, or listen on the radio, you’ll have a great night of entertainment.” Great Northern Radio Show regulars include director Shelly Nowak and associate producer Kelly Gustavsson, both of Hibbing. House music is by Nickolai Koivunen of Zim. Longtime Iron Range broadcaster Scott Hanson provides foley sound. The show is written by Brown with additional material from Hibbing native Matt Nelson. 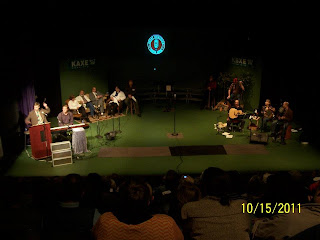 The Great Northern Radio Show started in 2011. After its Hibbing debut, the show has broadcast from the Chief Theatre in Bemidji, Central Lakes College in Brainerd and the Boardman Auditorium in Eveleth. In 2013, the Great Northern Radio Show heads to Hubbard and Grand Rapids, with more stops in the works. “Our show lives on the road,” said Brown. “Our only home is northern Minnesota and we hope to play every place here that remotely resembles a theater before we’re done.” 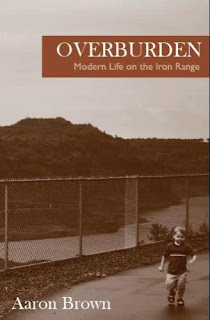 Aaron Brown also is the author of an entertaining book about the area titled “Overburden” describing how Iron Range culture is changing at a rate hard for us to absorb. Talking about the “history and mystery” of the range, it in includes biographies of the people and places creating a unique blend of characters and sites. Aaron, who has lived in the area nearly all of his life and as a columnist for the Hibbing Daily Tribune, is well qualified to write about it and has done so with humor a accuracy that could only be done by someone who calls the range home.