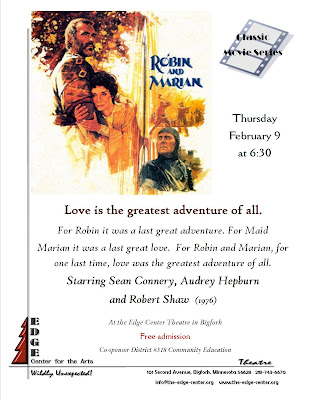 Who would have ever thought Robin Hood and Marian would not live happily ever after? Evidently, all did not stay merry in Sherwood Forest. This sequel really spins an interesting yarn and is better at it than most sequels. But Robin refusing to do what King Richard wants and Marian a nun? This is interesting stuff and “Robin and Marian” could be worth a trip to Bigfork February 9th at 6:30PM to see it free-of-charge. It is part of the Park Theater Memorial Classic Movie Series and will include Jack Nachbar’s background discussions and treats appropriate for love renewed.

Below stars Sean Connery and Audrey Hepburn enjoy a special moment as Robin and Marian in the 1976 film. 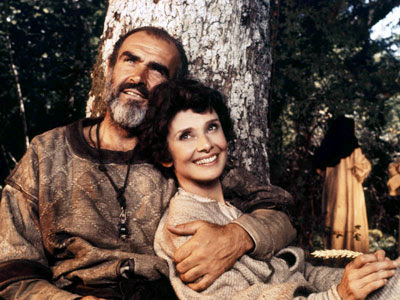 The movie poster below is even special. It is by award-winning Drew Struzan, who is an American artist known for his movie poster work with over 150 done for such special movies such as all the Indiana Jones movies, Back to the Future, and Star Wars along with album covers, collectibles and book covers. 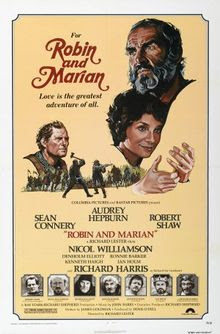 The following is by Jack Nachbar on “Robin and Marian”.

“As Americans, we all like to believe in second chances. Just look at the popularity of sports movies, for example. Our Classic Movie for February is one of the grand movies to celebrate the second chance. ROBIN AND MARIAN (1976) takes up the story of Robin Hood and Maid Marian twenty years after most Robin Hood stories end. Their lives haven't gone as they had hoped. Robin is losing his skills and is disillusioned by the crusades. Marian has given up on love and entered a convent. But they meet again and, as the ads for the movie proclaimed in 1976, "love is the greatest adventure of all." The two stars of the movie were also embarking on second chances. Sean Connery was finishing his James Bond roles and was anxious to explore new roles. Audrey Hepburn was returning to movies after an eight year absence. Together they are pure magic.”

Here is another Struzan poster. From Walt Disney’s “Return to Oz”. 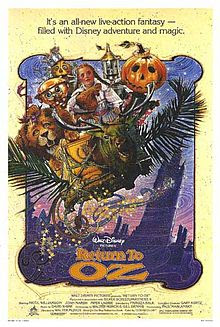 Posted by Edge Center for the Arts at 2:13 PM