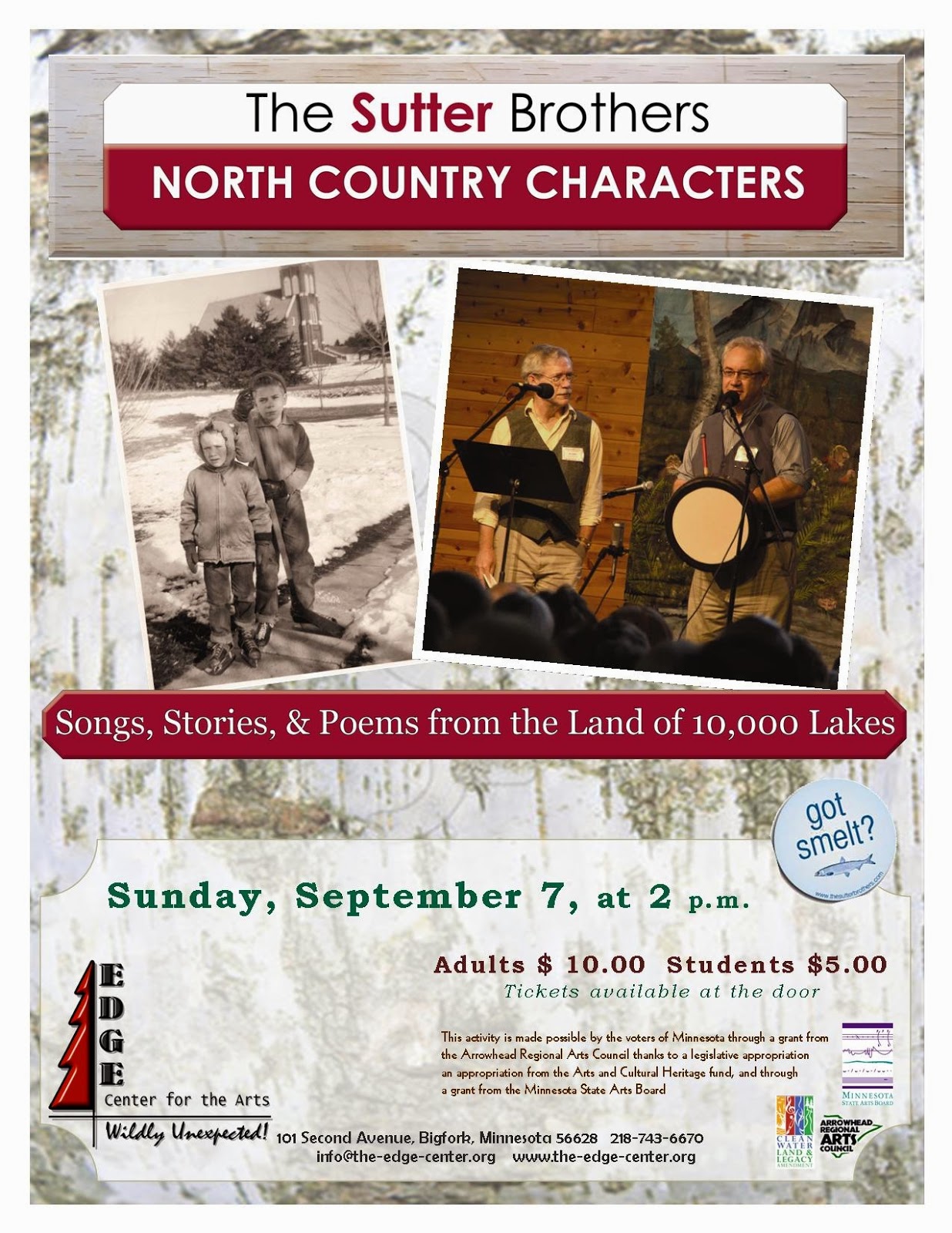 A celebration of the union between the two art forms will fill the Edge Center in Bigfork when it welcomes the Sutter Brothers of Duluth with their music, poetry, and stories. The performance is "North Country characters" with Ross Sutter who specializes in music with Scandinavian, Celtic, and American folk traditions while his brother Barton Sutter, a prolific award-winning writer and the first Poet Laureate of Duluth, adds the poetry. The Sutter Brothers provide a great mix of talent and variety celebrating the kissing cousins that will entertain you and provide a good perspective of the two art forms. Sunday, September 7th at 2PM $10 for adults and $5 for children. 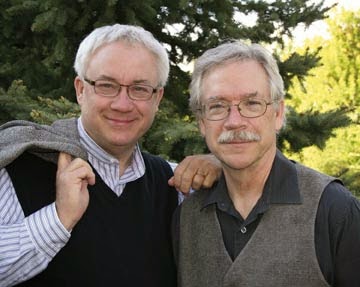 Barton Sutter (above right) says about their performance that, “story and song, music and poem--these are kissing cousins, and they go way, way back: to the ancient Greeks, to Beowulf and beyond. On the deepest level, I suspect their relationship is rhythmic--both in the overall ‘plot’ of the story/song and in the line-by-line meter of the music/poem. Humans are rhythmic beings. The heart's a drum. The lungs breathe in and out like an accordion. We say that certain music ‘speaks’ to us. Poetry is drumming with words.” 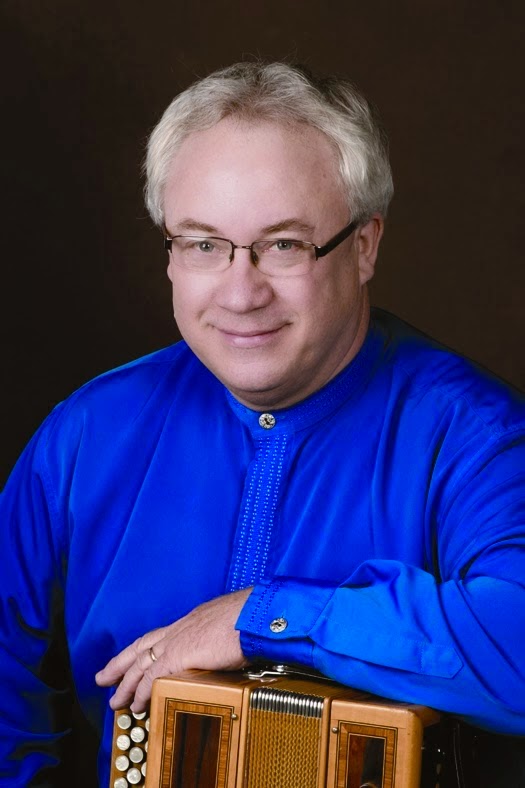 Ross is the “roving troubadour” and has played on “A Prairie Home Companion” and his music is featured on Walking on Air, Up the Raw, Crossing the Shannon, Hunger No More and his popular children’s CD, Mama Will You Buy Me A Banana. He will bring his guitar, dulcimer, button accordion, bagpipes, bodhran, and an Irish goatskin drum to accompany himself. 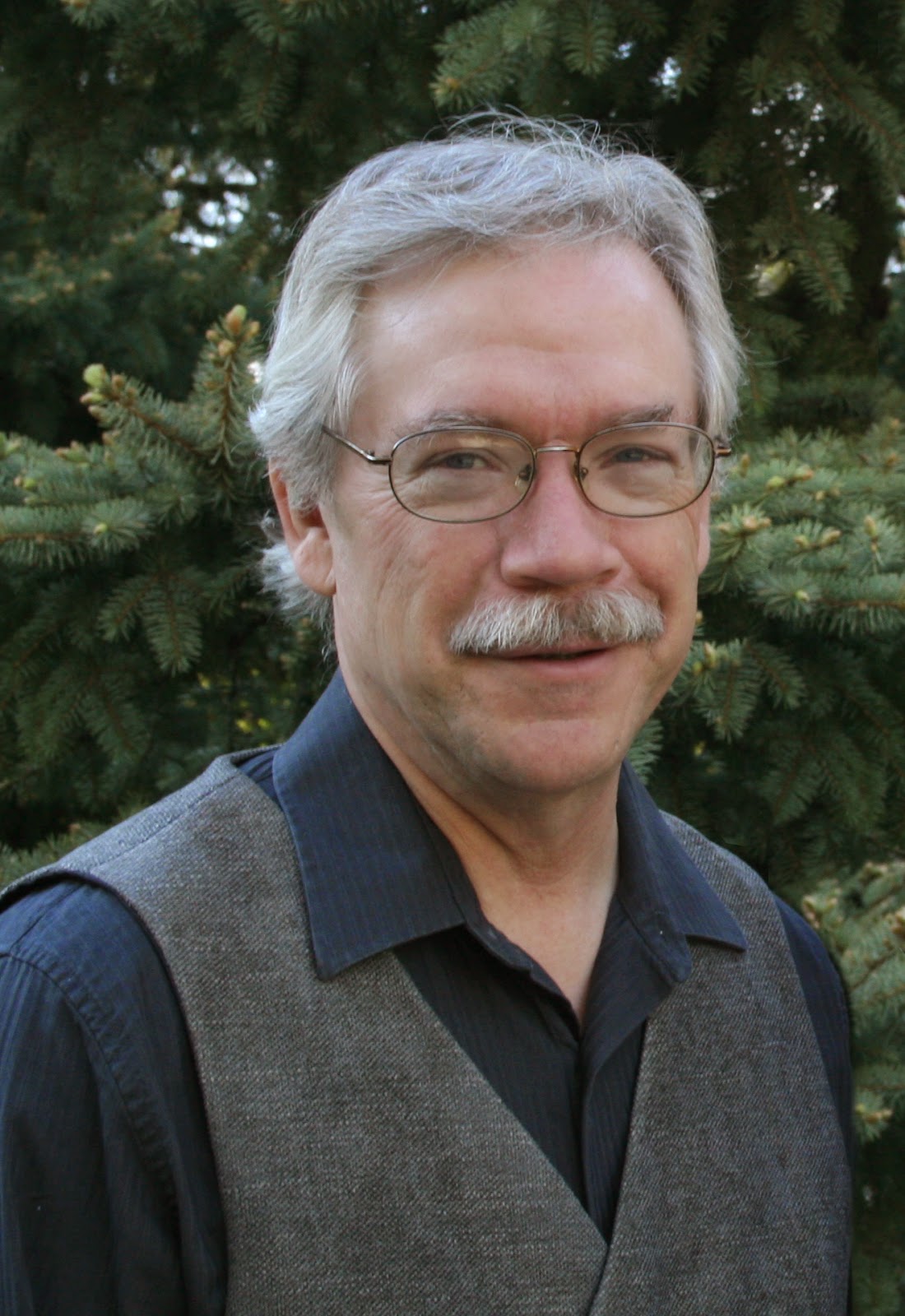 Barton Sutter’s poetry and essays are widely published. Besides being Duluth’s first Poet Laureate, his many awards include the George Morrison Artist Award for his many contributions to the arts in northeastern Minnesota.  He has been honored by the Academy of American Poets, the Bush Foundation, and the Jerome Foundation. Bart Sutter is the only author to win the Minnesota Book Award in three different categories. 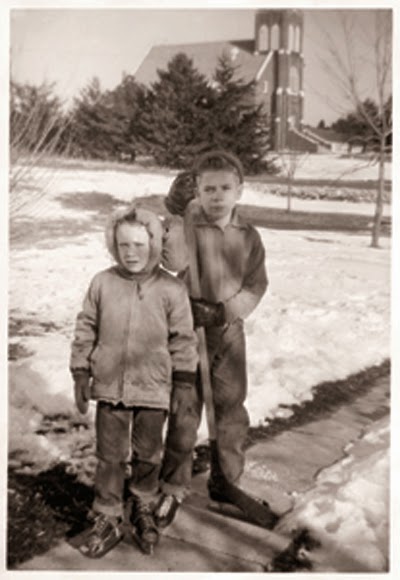 The brothers early years were in rural Minnesota and Iowa.  "Without today’s technology there was a lot of visiting, storytelling, and singing," Barton says. “Our maternal grandmother was a compulsive storyteller, and our folks had a great appreciation of quirky characters. Ross and I both inherited these qualities, so I guess it's only natural that we would eventually wind up presenting a show called ‘North Country Characters’…we began to see how some of the songs Ross performed were a natural match for some of my poems.” A collaboration on stage resulted and is still fun for them 30 years later. 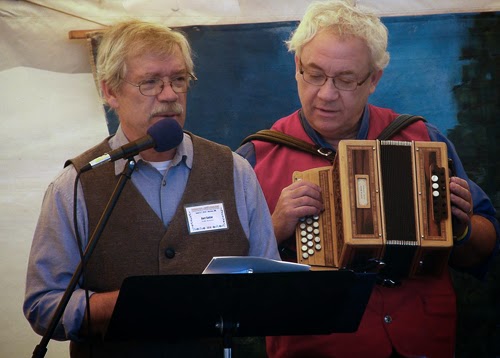 Each performance is customized for the audience but will most probably include: audience participation on "Go Tell Aunt Rhody," a Swedish Hymm"Jag Har en Vän," "Johan På Snippen," and "When the Smelt Buckets are Loaded, I'm Comin' Home to You".

Barton’s poems will make you laugh and tear up with ones like "Those Finnish Folk." It is a tease and tribute for the Finns, spoken in the voice of one of those old Swedes we grew up with. 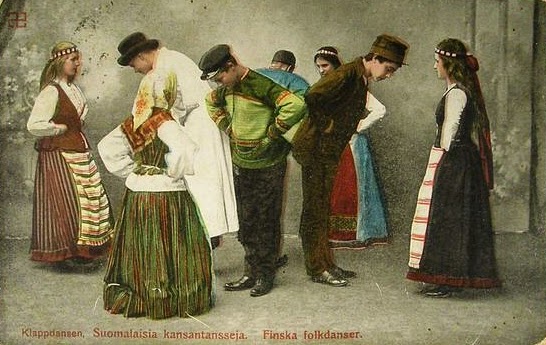 Those Finnish Folk
Live out to Toivola, skinny woods and bog,
Sorry sort of country, overlooked by most,
Pioneered by people awful fond of failure.
They branch out to Twig, you know, down as far as Esko,
Askov, Bruno, over there to Togo, Effie, Emily,
Tenstrike, Shooks. Wherever you would never,
There you'll find a Finn. 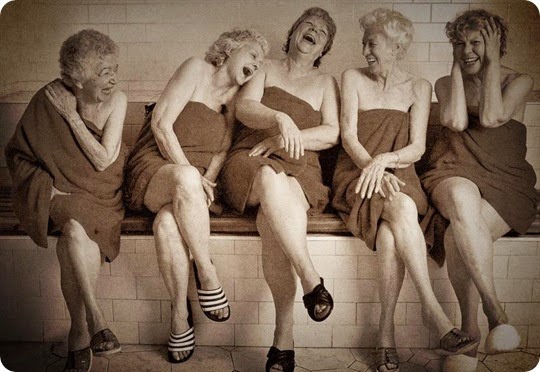 They believe in Sauna, Nudity, and Coffee.
Their wallpaper is birch bark; their La-Z-Boy's a stump.
The women are good-lookers, the men-folk
Not so much. They specialize in blueberries,
Hayfields and alders, rocks and pickled pike.
They don't go in for paint much, like a weathered look:
Tarpaper buildings, wood piled high . . .
Go and introduce yourself. Coffee's always hot. 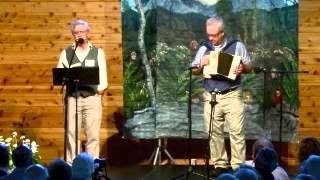 Barton says, "We're not aware of any performers doing just what we do, blending folk music with original poems, especially with a Scandinavian flavor. The connection between poetry and music is ancient, however, and we like to think we're doing our bit to restore that connection."

School District  318’s Community Education program "Children First" is going to sponsor a school workshops with the Sutter Brothers during their stay in Bigfork. Barton will have writing classes and Ross will teach some music skills. It will be a great opportunity for the Bigfork students to learn from these two wonderful artists. 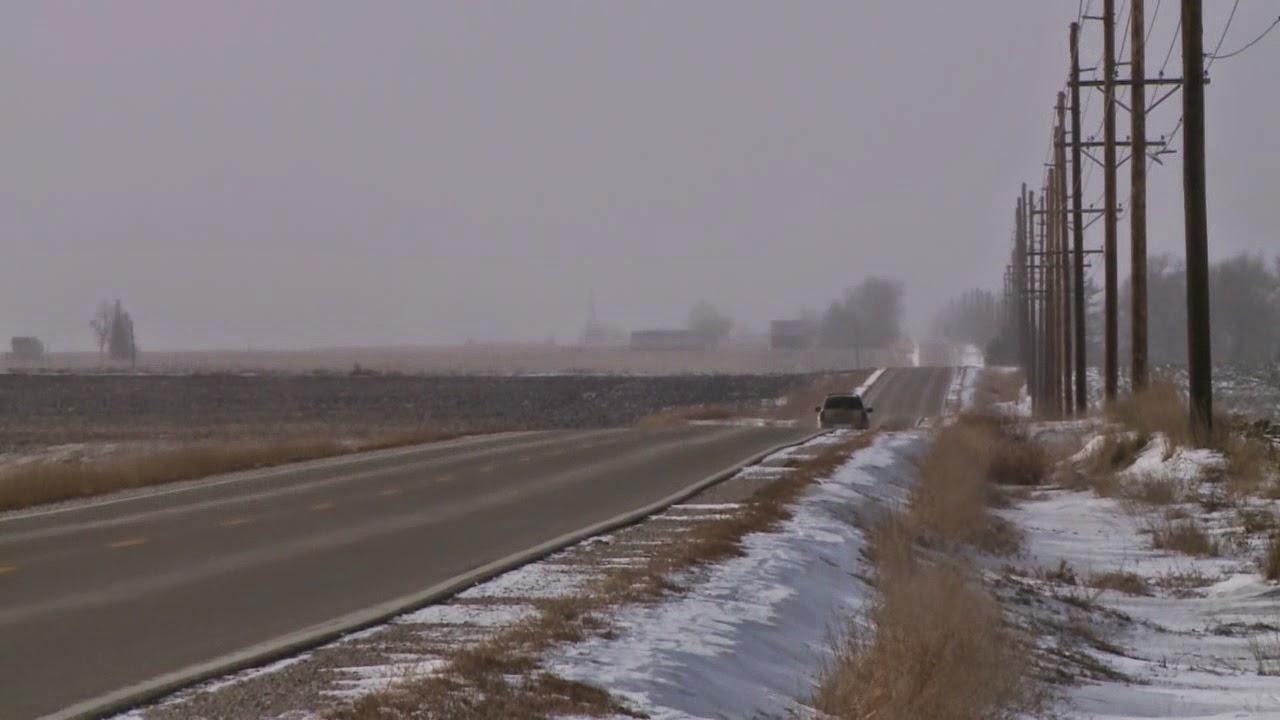 Barton says, “Ross and I grew up in tiny, rural towns in Minnesota and Iowa with limited resources. Mostly, the arts seemed to be created elsewhere and largely in cities…and we think it's important that students in rural areas encounter living, breathing artists with backgrounds like theirs. We try to help the students realize that strong art can be created from subjects and forms in the world they know best…” 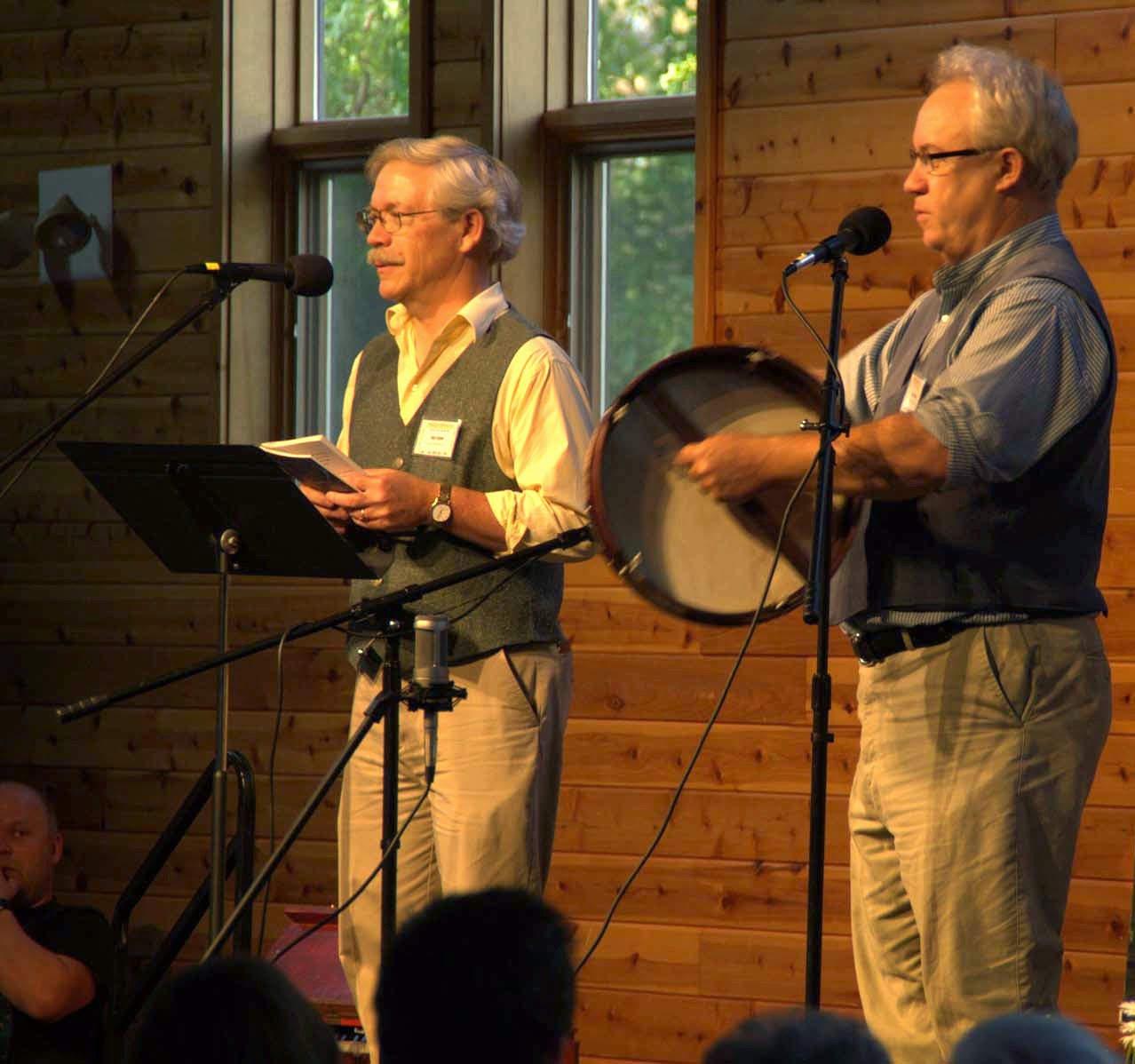 Again the show is Sunday, September 7th at 2PM and the brothers will try to, “to move our audience to tears and laughter both…we hope to remind people of the ‘characters’ in their own lives, to move audience members both to question and to value rural and small-town culture, to confirm that art rises out of the country and not just the city.”

Posted by Edge Center for the Arts at 9:34 AM