Centuries of Cello and Piano Music in Bigfork 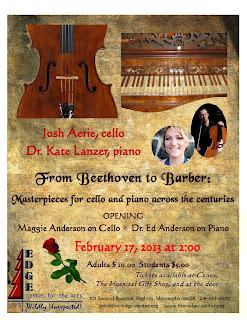 Hear classical music that can be enjoyed by everyone when The Edge Center in Bigfork presents the pleasant sounds of cello and piano chamber music through the past three centuries. “From Beethoven to Barber: Masterpieces for Cello and piano Across the Centuries”, played by Cellist Josh Aerie and Pianist Kate Lanzer, PhD offer selections that demonstrate the power and range of their instruments. One of Josh’s students, Maggie Anderson on cello accompanied on piano by her father Ed Anderson, MD, a Bigfork Valley Clinic physician, open the program with a Joseph Haydn Concerto.  Beautiful and smooth sounds of the classics, two of the best artists in the state, plus a very talented local touch: What a wonderful way to warm a February afternoon in Northern Minnesota. The place is center stage at The Edge Center in Bigfork with a reception following the performance. The date, Sunday February 17th. The time 2PM. The prices $10 for adults, $5 for children. 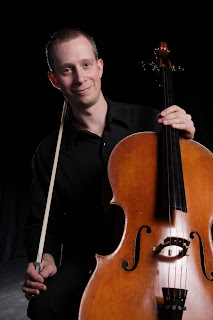 Josh Aerie is a sought-after performing and recording artist, instructor, and conductor. Josh’s career highlights span a wide array of credits and accomplishments, including major-label recordings, nationally syndicated television performances, and film soundtracks. He currently lives in Duluth, Minnesota, and is on the music faculty at the College of St. Scholastica, the University of Wisconsin-Superior, and Mesabi Range Community and Technical College. He is Music Director and Conductor of the Heartland Symphony Orchestra, the Red Cedar Symphony Orchestra, the Mesabi Community Orchestra, and the Duluth Community Orchestra. In the summer of 2007 he founded and inaugurated the Woodland Chamber Music Workshop for adult amateur musicians of all abilities. 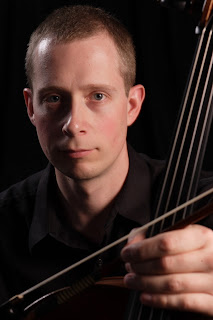 Returning artist Josh Aerie is no stranger to The Edge Center Stage, “The Edge Center is a wonderful venue for our concert - it's acoustically near-perfect for cello and piano, with an intimate feel. I've performed in many concert halls across the country and the Edge is one of my favorites!” 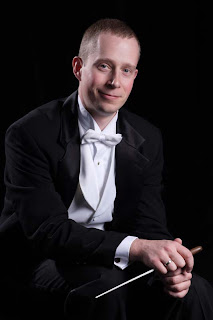 Josh is a founding member of the Duluth-based Gichigami Piano Trio, and the Minneapolis-based AxialAge Ensemble. In September 2009 Josh was selected as a 20 Under 40 Award recipient in the Duluth News Tribune’s annual recognition of 20 community leaders under the age of forty. In June 2010 he was a recipient of a McKnight/ARAC Artist Fellowship Grant. 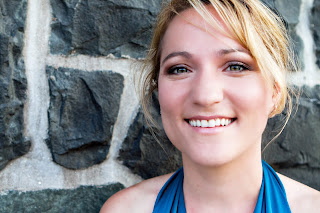 About Dr. Kate Lanzer, Josh says, “Kate and I have been collaborating in different ways for a number of years; Kate has played for and soloed with a couple of the orchestras I conduct, and we've kept up with and participated in each others musical endeavors along the way. This is the first time we've put together a major cello/piano concert and, speaking for myself, I'm so pleased to be partnering with Kate on this program. I think we make a good team.” 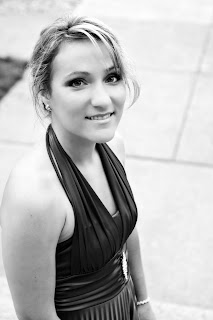 Dr. Kate Lanzer is a performing artist and teacher in Duluth, MN. Since completing her Doctorate in Piano Performance and Pedagogy from the University of WI-Madison, Dr. Lanzer has been on the faculty at the University of MN-Duluth and the College of St. Scholastica. Currently, Kate teaches at the College of St. Scholastica in addition to maintaining a private teaching studio in the Duluth community.  As an active recitalist, Kate has given solo and collaborative performances around the country and abroad.  Dr. Lanzer is also a certified instructor of Yoga and is a sought after clinician on her research that combines the practice of Yoga with art of playing music. 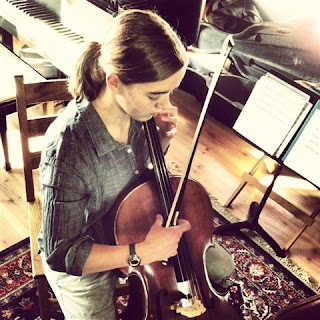 Maggie Anderson is an up-and-coming student of Josh Aerie who is dedicated to making the cello an important part of her future.  Her accompanist father, Dr. Anderson and her mother, Kristen, have played piano from childhood and her younger sister is now starting out with the violin.  Maggie has been a “regular” at The Edge Center as a musician. 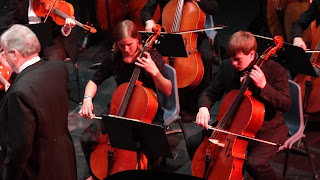 Earlier in 2012 Maggie played in the Itasca Symphony Orchestra when it visited The Edge Center for a concert. 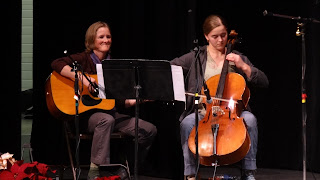 More recently, Maggie and her mother played during the Great Northern Radio show with Maggie on cello and Kristen playing the guitar. 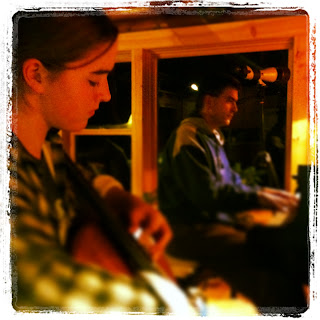 Maggie and he father will open the concert with a challenging work by Joseph Haydn, the Haydn Concerto in C Major for Cello and Piano. 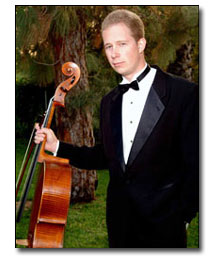 About the music for the concert, Josh says, “The repertoire for our concert, 'From Beethoven to Barber: Masterpieces for cello and piano across the centuries' includes three wonderful and distinct pieces: Beethoven's most famous cello sonata, the No. 3 in A Major; Debussy's only cello sonata - an impressionistic masterpiece full of color and wit; and Barber's cello sonata - an early work brimming with vigor and passion." Below is Beethoven and Debussy on top plus Barber on the bottom. 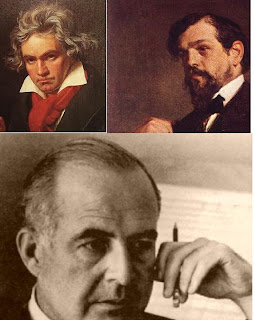 “These three pieces nicely encompass the cello/piano literature: the Beethoven is an example of early Romanticism during which the cello emerges as a solo instrument; Debussy displays his mastery of the French Impressionism genre and inventive compositional technique in his sonata; the Barber hints at emerging 20th-century tonalities and poly-rhythms while still remaining melodically and emotionally driven.” 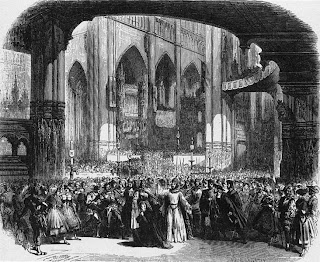 So come and warm yourself on a cold February afternoon with music, friendship and enjoy a reception to help share the fun.

Posted by Edge Center for the Arts at 6:47 AM