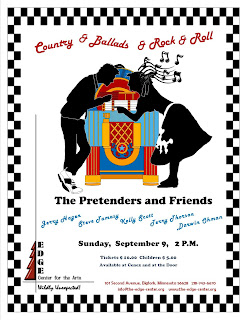 For the seventh year The Pretenders and Friends will make it tough to sit in your seats at The Edge Center in Bigfork. But that’s OK because you can get up and dance in the orchestra pit. They will mix country, ballads and rock n roll with their special style and talents. The group includes a couple of rock n rollers that date back to the Pretenders Band in 1962 and still love what they are doing. By adding some country and ballad songs they will entertain with music that’s been part of American popular music for over five decades. The date is Sunday, September 9, the time 2PM and the price $10 for adults and $5 for children.

Northern Minnesota’s original Pretenders began in the early sixties when three musicians from the Park Rapids area joined with a fourth from Leornard, MN. They played all the typical places one would expect and went beyond that with a radio program on KWAD Wadena, appeared on local television and made a record called “The Grop” before disbanding in 1965.

It took until 1997 when a national musician’s publication, “Lost and Found” featured an article about the band, that their record was re-issued on an album: “Surfing in the Midwest, Volume 3”. They still wanted to play and returned to the stage in 2000. They appeared at the first annual Rock Country Hall of Fame in St. Joseph, Minnesota in the fall of 2002 and made a CD titled “Ponytail Baby.” 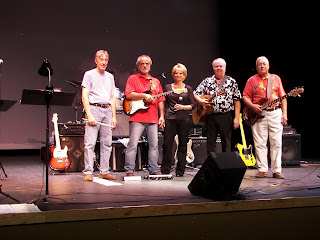 In 2005 the group resurfaced as The Pretenders and Friends with new members and started their current run which includes the seven years at The Edge Center. This versatile group of old rockers with new talent and music has established itself as a very popular fifties/sixties variety music show band in the Edge of the Wilderness region and elsewhere. 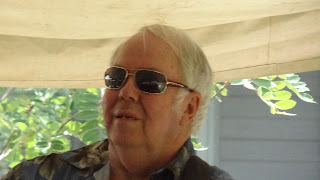 Jerry Hagen, a member of the 1960s Pretenders never lost his love for music. After 33 years in education, his retirement to Effie meant he could fulfill his musical dreams. He plays with five different musical groups for everything from town and church events, to senior homes, to class reunions, to fundraisers and more. His rock n roll ways have often been turned to a more smoother sound as bass accompaniment for a number of functions, and he loves it. Visitors to The Edge Center get to hear to Jerry’s sounds on many occasions beside the Pretenders and Friends with visits including this year’s puppet show, The Piano Bar shows and the John Perkins concert. 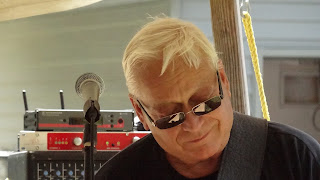 Darwin Ohman was the second member of the Pretenders band in the 1960s. He studied music at Bemidji State College before the Pretenders and is now retired and living in the Twin Cities area. He is currently the Bass Guitarist with the AGATES band, which also is a popular rock and roll band. Darwin produced the Notables CD in 2009, produced his own CD earlier that year, is currently planning a CD project with the AGATES, and is working on a CD project featuring his daughter Kari. Kari Karels is one of the friends of Pretenders and Friends and will be back-up vocalist and play guitar at this The Edge performance. 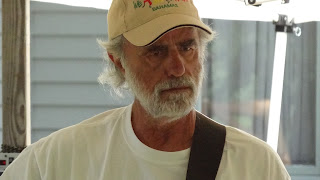 Steve Tamasy has a nationally-known musical background including composing the “Top Ten” hit “Smokin in the Boys room”. His career started as a founding member and lead guitarist of the Duluth-based Titans. They made the “Top 100” playing “The no place special” instrumental. He moved to New York City in 1964 and composed the "Top 10" hit " Smokin' In The Boys Room" and signed with Laurie records and United Artists. He was director of a USO band when in the service, and has performed with many famous musicans and bans including Roy Orbison, Beach Boys, Gene Krupa and The Supremes. Steve received a "Lifetime Achievement Award" from the "Midwest Rock/Country Hall Of Fame" in 2004 and was inducted into the "Minnesota Rock & Country Hall Of Fame" in 2004. He is currently the Lead Guitarist for the AGATES band. 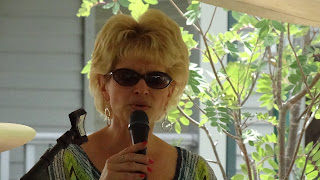 Kelly Scott was born and raised in Grand Rapids MN and currently lives in Brooklyn Center MN. Kelly has been singing for over 20 years, and has performed in numerous country shows, competed in the Colgate Country Showdown 3 times, sang at the MGM Grand in Las Vegas, won various karaoke competitions, as well as being 1st runner up in the Miss Minnesota Country Music Competition in the 90's. Currently is part of southern gospel group called "Sweet Harmony”, and a member of the “AGATES” band. 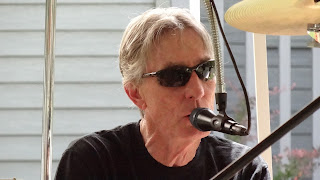 Terry Thorson was born and raised on a farm near Kiester MN., started playing drums at age 18, now is retired living on the Mississippi river and is still active in music. In 1969-70 he worked as a musician and backup vocalist in Nashville TN, returning to Minnesota for a few years, then went back to Nashville in 1975. He performed with the opening act for Charlie Rich at the Boots Randolph Carousel Club and was a regular there for several years. Terry moved back to Brainerd MN in 1984 and has been active musically in that area ever since. Terry also is the drummer and a vocalist for THE AGATES. 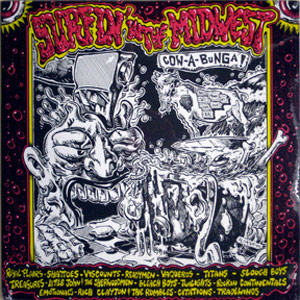 The history of surfing bands do include a number of very popular groups in the Midwest. In fact, there were three “Surfin in the Midwest” albums produced over the years with a variety of bands represented. The one containing the “Bork” was volume three. Above and below are the covers for the three albums. 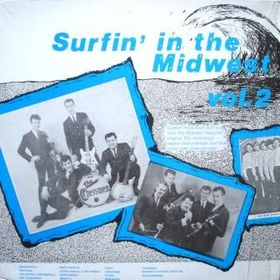 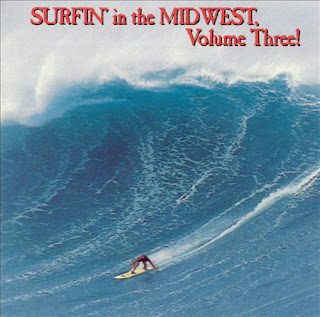 For a good time listening to a rock and roll band that has survived, changed and adapted over the years, come to Bigfork on the Sunday September 9th at 2PM.  You will hear some wonderful popular music from the decades represented by these very talented musicians. Posted by Edge Center for the Arts at 3:10 PM