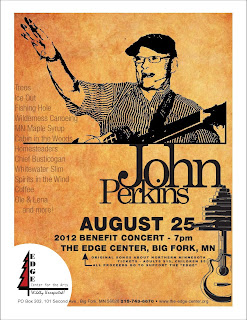 John Perkins brings his special blend of Americana/folk music to The Edge Center in Bigfork this month.  August 25th will be his fourth visit. This summer’s concert is for the benefit of The Edge and all proceeds will go to the center. You will hear stories in John’s songs that helped shape our way of life in northern Minnesota. 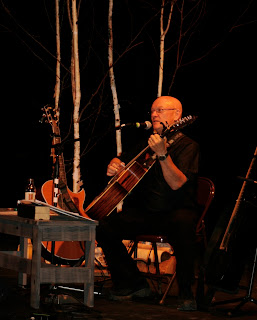 All his music will be original, dedicated to nature and the environment, and played on a variety of guitars and possibly even a banjo. John Perkins will be on stage with a couple friends at The Edge Center in Bigfork Saturday August 25. The performance is at 7PM. Admission is $10 for adults and $5 for children. 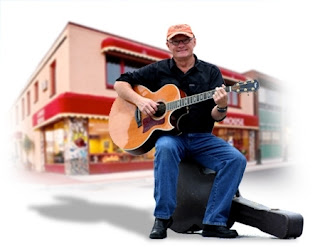 John started performing when he was 16. Throughout his working life, John Perkins has mixed music with his 9-to-5 job. He began playing the guitar in the 1960s with performances spanning the coffee houses and college campuses of early folk music to today’s revival of acoustic roots music. John started writing his own material in 1999 and now has over 80 original songs and two CDs to his credit. 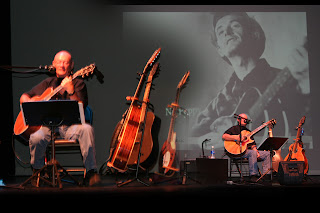 He wrote his first song, "Cabin In The Woods," while on a business trip wedged between passengers on an airline. He splits his time between his summer cabin in northern Minnesota’s Chippewa National Forest and his winter home just south of Asheville North Carolina. John continues to seek out interesting venues for his work and enjoys performing whenever and where ever he can.. 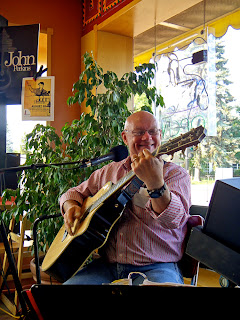 That is how he teamed up with The Edge, which is known for bringing talent to its stage for the past eight years. For The Edge Center performance John will be joined for part of the concert by the Effie legend, Jerry Hagen on bass and Marcel's own Terry Price on guitar/percussion. 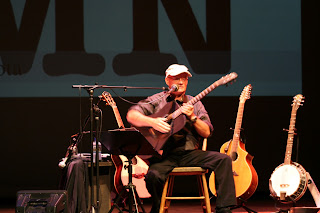 John Perkins is not satisfied with playing a single guitar. He has a wide selection to choose from and even a 6-string banjo. Here are some of the guitars he plays. 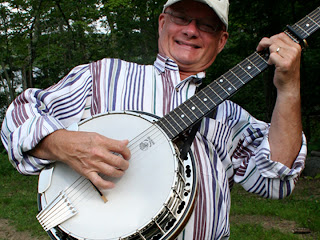 The 80 original songs that comes out of all this effort spans a wide range of themes. Here are some brief descriptions of some.

Spirits In The Wind... John’s great uncle bought the property John lives on in 1920 and his spirit along with grandparents, parents and friends long past live in breezes that blow through the trees.

Voyageurs... This song is all about them and John’s quest to connect with the history of the men who paddled the big birchbark canoes during the height of the fur trade throughout the Minnesota and Canadian wilderness. 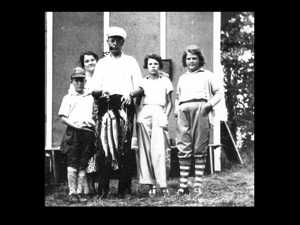 Saturday, August 25th promises to be a very enjoyable evening of entertainment with John Perkins. His roots in the area run deep along with his love of music and story telling. Come and see how it all fits together at The Edge Center at 7PM. 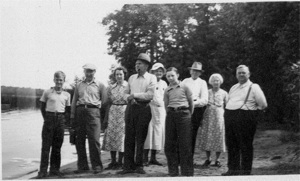 Posted by Edge Center for the Arts at 3:08 PM