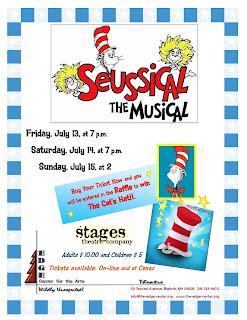 Poor Horton, no one can hear the plight of tiny Jojo and all the rest of the Whos in Whoville on a spec of dust that he is protecting, he also is trying to save Mayzie La Bird’s egg because she is not very responsible, all while facing challenges an elephant should not have to undergo. But Horton will not give up. What a hero… especially to Gertrude McFuzz, who never loses faith in him. And you get to see all of this and more in the musical SEUSSICAL on stage at The Edge Center in Bigfork.  It is presented by The Stages Theatre Company, STC of Hopkins, Minnesota on July 13 through 15. The Friday and Saturday performances are at 7PM and Sunday at 2PM. Admission is $10 for adults and $5 for children. 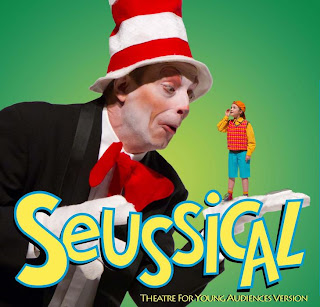 It is one of the most performed musicals in America and is the fourth time Stages (STC) has brought a production to Bigfork. The reason it is performed so much is that it is funny, cheerful, colorful and fun. But then, every time Stages comes to Bigfork they bring something special and this is their fourth visit. According to Artistic Director for Stages, Sandy Boren-Barrett, they keep coming back because they like the venue, which The Edge Center provides, and the community that provides the audiences. 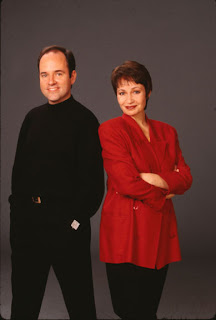 SEUSSICAL the musical, is the creation of two Tony winners: Stephan Flaherty and Lynn Aherns whose credits include: Tony awards and nominations, Grammy nominations, Outer Circle awards, Academy Award and Golden Globe nominations. Their body of work includes RAGTIME, SEUSSICAL, LUCKY STIFF, MY FAVORITE YEAR, ONCE ON THIS ISLAND and the movie ANASTASIA. The music for SEUSSICAL is by Stephen Flaherty, lyrics by Lynn Ahrens and the book also by them. SEUSSICAL is based on the works of Dr. Seuss. With this kind of talent and credentials, it is understandable why the result of their collaboration ended up in such a huge success in SUESSICAL. The above is a Tony Award winning photo: photo by Anita and Steve Shevette.

But we should not overlook the roots of SUSSICAL. In this case the source is a piece of Americana himself in the very special Dr. Seuss. Who was a very creative and entertaining person. So much so that on the 104th anniversary of his birth, he got his own U.S. Stamp. 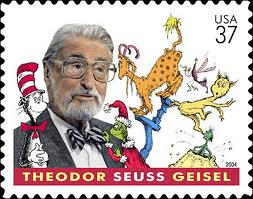 He was born Theodor Seuss Geisel in Massachusetts in 1902 and died in California in 1991. Between those dates he won a Pulitzer prize, three Academy Awards and wrote 44 children’s books under the pen names Dr. Seuss, Theo Leieg and Rosetta Stone. He graduated from Dartmouth, wrote training films for the Army during World War II, and received an early Oscar for the character Gerald McBoing-Boing. 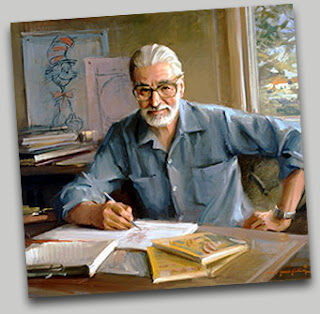 Geisel’s publisher is responsible for Dr. Suess books using limited words. It started when Life magazine wrote a report in 1954 about illiteracy in school children. Among other things, the article reported that one reason children didn’t read much was that children’s books were so boring. Influenced by that, Geisel’s publisher sent him 400 words and challenged him to write a book using about 250 of them. He used 236 in writing The Cat in the Hat. Instant success! 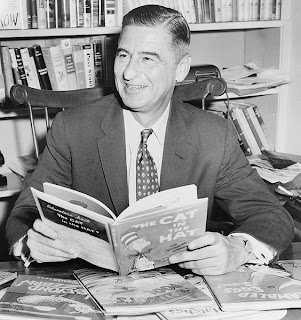 He is said to have had an offbeat sense of humor, wrote books wearing strange hats and wrote his first book on a ship to the cadence of the ship’s engine noise. Interesting start to a very interesting career. 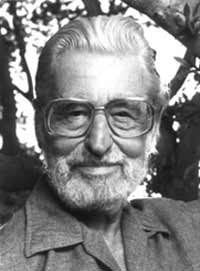 And finally, let’s end with a piece of advice from Horton. When facing a difficult road with challenges and pitfalls remember what he said, “This looks kinda... precarious. Well nothing to worry, obviously when they build a bridge like this they take into account that elephants will be crossing here.”

Posted by Edge Center for the Arts at 7:01 AM