Jonathan Thunder Brings "The Politics of Dreams: Defying Dilettantism" to the Edge Gallery 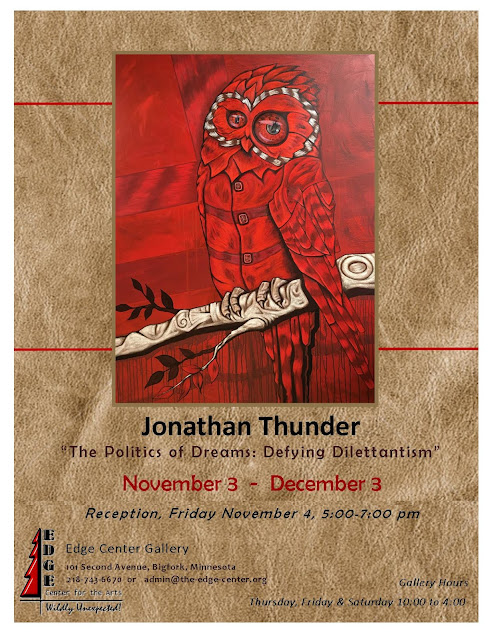 Jonathan Thunder Brings an Unexpected look to native art. His exhibit Jonathan Thunder: The Politics of Dreams: Defying Dilettantism is in the Edge Center Gallery in Bigfork from November 3 to December 3.  Thunder’s images seem to be a mixture of Native American symbolism and popular cartoon characters, such as Bugs Bunny. “The images I create,” Thunder says, “are the dreamscape representation of the seen world I cohabitate every day in my life and journey.” There is a free Opening Reception on Friday, November 4 from 5-7 pm.  There will also be a showing of his animated films on the Big Screen of the stage at 6:00 and 6:30 that evening. The films will show what makes Thunder’s work so unexpected. 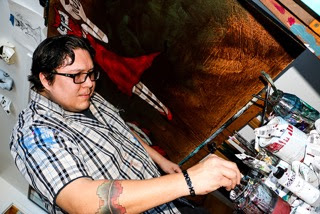 His paintings on the Gallery walls are brought to action in the films, which will also be shown in the gallery on a monitor. But bringing the paintings to life is just part of what the films do.  Thunder continues, “The characters in my paintings and films come to me as any dream would, as messengers, and pivotal roles that carry out the story. The work is spiritual by nature. Subjects wear masks of animals, animals wear masks of humans and apparitions dress up so as not to surprise us.” 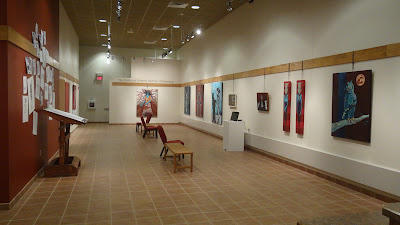 How did this look develop?   His background and heritage is Red Lake Ojibway and it appears in the design. His work is also influenced greatly by the surrealists, impressionists, art deco, and cubists. Pop imagery also appears in his work occasionally to reflect the contemporary setting in which he find himself.  His work brings traditional motifs into the present digital world. 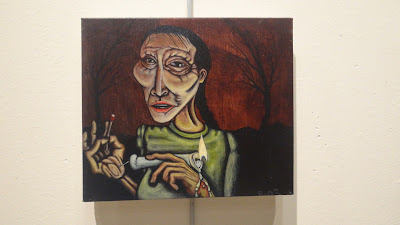 Jonathan Thunder is a younger generation painter, digital media artist and film maker currently residing in . He has attended the of in and received a Bachelor’s Degree in Visual Effects, and Motion Graphics from the Art Institutes International Minnesota. His work has been featured in many state, regional, national and international exhibitions, as well as in local and international publications. Thunder has won several awards in SWAIA’s annual Class ‘X’ Moving Images competition. 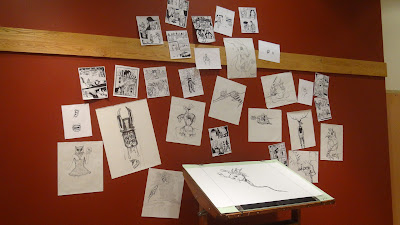 The Edge Center Gallery is sponsoring a workshop for students in which to participate by making an animated film under Jonathan Thunder’s directions on Friday.  The combination of Thunder’s film making and teaching experiences makes this an unmatched learning experience for the Bigfork students. 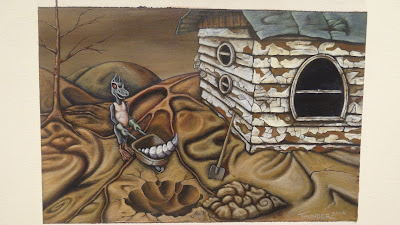 The Jonathan Thunder: The Politics of Dreams: Defying Dilettantism exhibit will be in the Edge Center Gallery until December 3rd. The opening reception is on November 4th from 5:00 to 7:00 with the showing of his animated films at 6:00 and 6:30. Plan to be there to meet the artist and experience his work.  The regular Gallery hours are from 10:00AM-4:00PM on Thursday, Fridays, and Saturdays.  The is next to the . 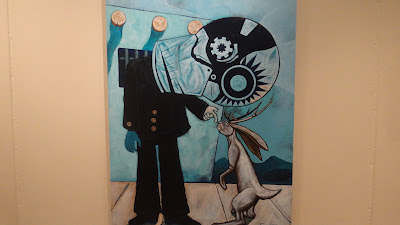 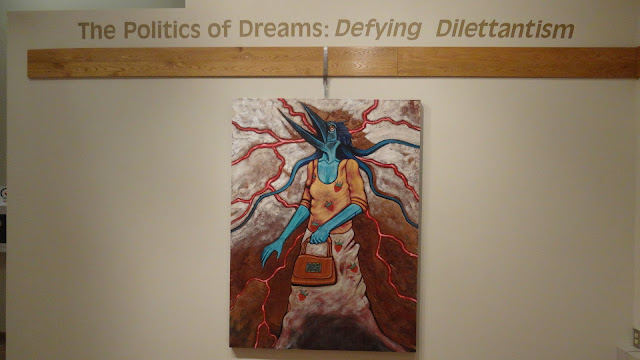