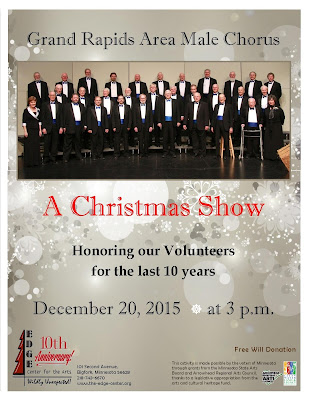 A Grand Rapids Area Male Chorus (GRAMC) holiday concert at the Edge center in Bigfork December 20 is the last event of the Edge’s 10th anniversary year celebration. It is also a special thanks to volunteers of the Edge going all the way back to before the building even existed, and it will be the 6th appearance for the GRAMC on the Edge stage. Current and former Edge Board of Director members will serve up coffee, treats, and thank you wishes for the concert guests. Please come and enjoy the concert and reception on Sunday December 20th at 3 PM. Admission is simply a “Good Will Donation.” 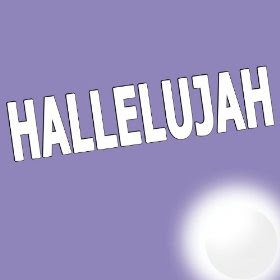 The music will include lots of old favorites and maybe a couple you have not heard recently. One of the newer selections for the chorus is the song "Hallelujah" written by Leonard Cohen. With its increased popularity from the movie “Shrek”, the song became more well known. It is said that it took the composer years struggling with the song to complete it. And that Cohen wrote as many as 80 verses before getting it “right” We hope you enjoy it and the rest of the program shown below: 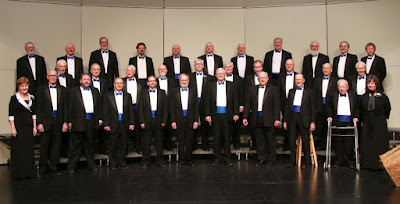 "Come to the Stable"

"Sing We Now Of Christmas"

"The Most Wonderful Time of the Year"

""We Wish You a Merry Christmas" 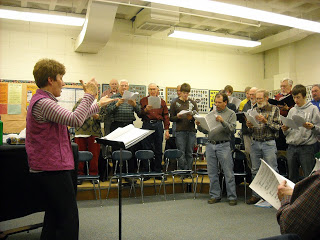 Director Eileen Grosland (above) from the GRAMC says of the Edge, “it brings a new audience to us that is always warm and appreciative. Plus the Edge provides a beautiful venue. The reception after the performance is also fun for the group, and we look forward to it.” 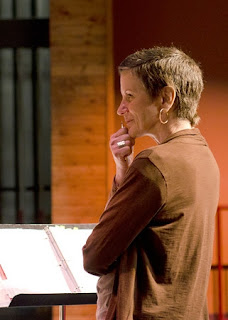 Artistic Director of the Edge Center, Patricia Feld (above), says, “I don’t know of any more fitting group than the GRAMC for this Thank You to our Edge volunteers.  We’re both community-based organizations composed primarily of volunteers without whose dedication none of these performances would be possible.” 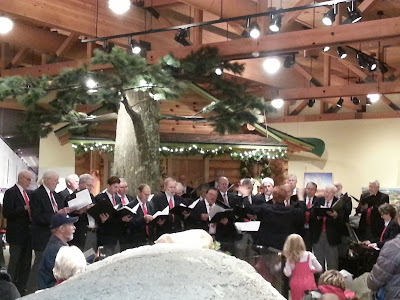 GRAMC’s mission is to bring good music and joy to their audiences while providing a place for men to share their love of singing.  They practice weekly under the leadership of Eileen Grosland and are accompanied by Bonnie Kangas. They invite like-minded men to join with them in their two or three formal concerts a year and also for fundraisers, scholarship drives, church services, and seniors’ homes.(Above is the GRAMC appearing at the Forest History Center Grand Rapids). They enjoy support, through their performances for communities in several states in this country, and in several Canadian. provinces. 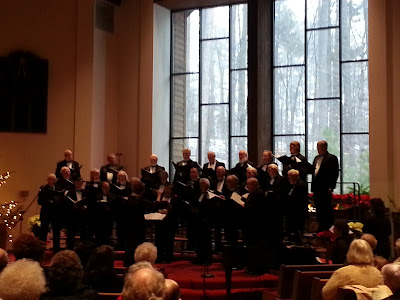 The chorus now has 42 singers. (Part of GRAMC shown in performance above at St.Andrews in Garnd Rapids.) Beginning in 1953, the chorus was formally organized in 1955. There were 13 original members under its first director, Betty Kauppi, and they were unofficially knows as Betty’s Boys. In 1956, officers were elected and they named themselves the Grand Rapids Male Chorus. 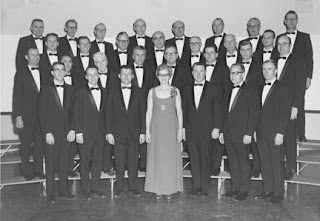 By 1957, there were 30 members. The chorus has had several names over the years. (Early chorus photo above) In additional to the original name, it has been called the Arion Male Chorus, and Blandin Male Chorus. Currently it is the Grand Rapids Area Male Chorus to reflect its membership coming from beyond the city of Grand Rapids. In 1959, the group joined the Associated Male Choruses of America (AMCA), and in November 1994, the chorus was inducted into the Minnesota Music Hall of Fame. 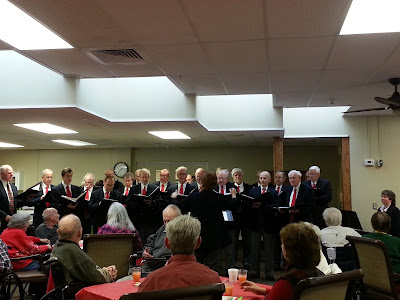 The GRAMC will formally celebrate its 60th birthday on May 1 of 2016. That is a lot of years and there are no signs of the group running out of steam yet. From the Grand Rapids Herald Review,  “There’s few like me, who’ve been in 30 years, in that bracket,” said GRAMC President Harry Smith, who has actually been with the chorus for 40 years. (Above the GRAMC at the Evergreen Senior Citizens Center) 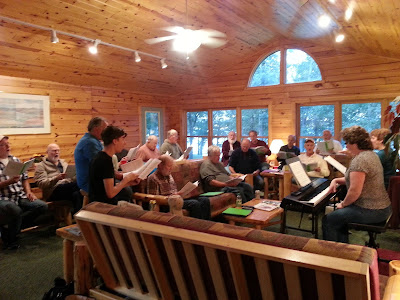 “Some members have been singing consistently with the chorus for closer to 50 years, even though Smith said that most of the current membership has been with GRAMC for only about 10 to 15 years. When asked what begs such longevity out of the members, Smith said, ‘the biggest thing is just the love of singing’”. (GRAMC on retreat above)

Here is a chance to hear some great Holiday music, and meet some of the people who helped build the Edge organization. Since the volunteer-based GRAMC has been adding culture to their community for a long time, you might get a chance to meet some members who have been volunteering for the GRAMC for those 50 years or longer. It will be great music, great company and some fitting treats for the occasion. Date December 20th. Time 3PM. Place the Edge Center in Bigfork. Price: a free will donation. Thank you all for the support.