Ball of Fire “…the jerk” 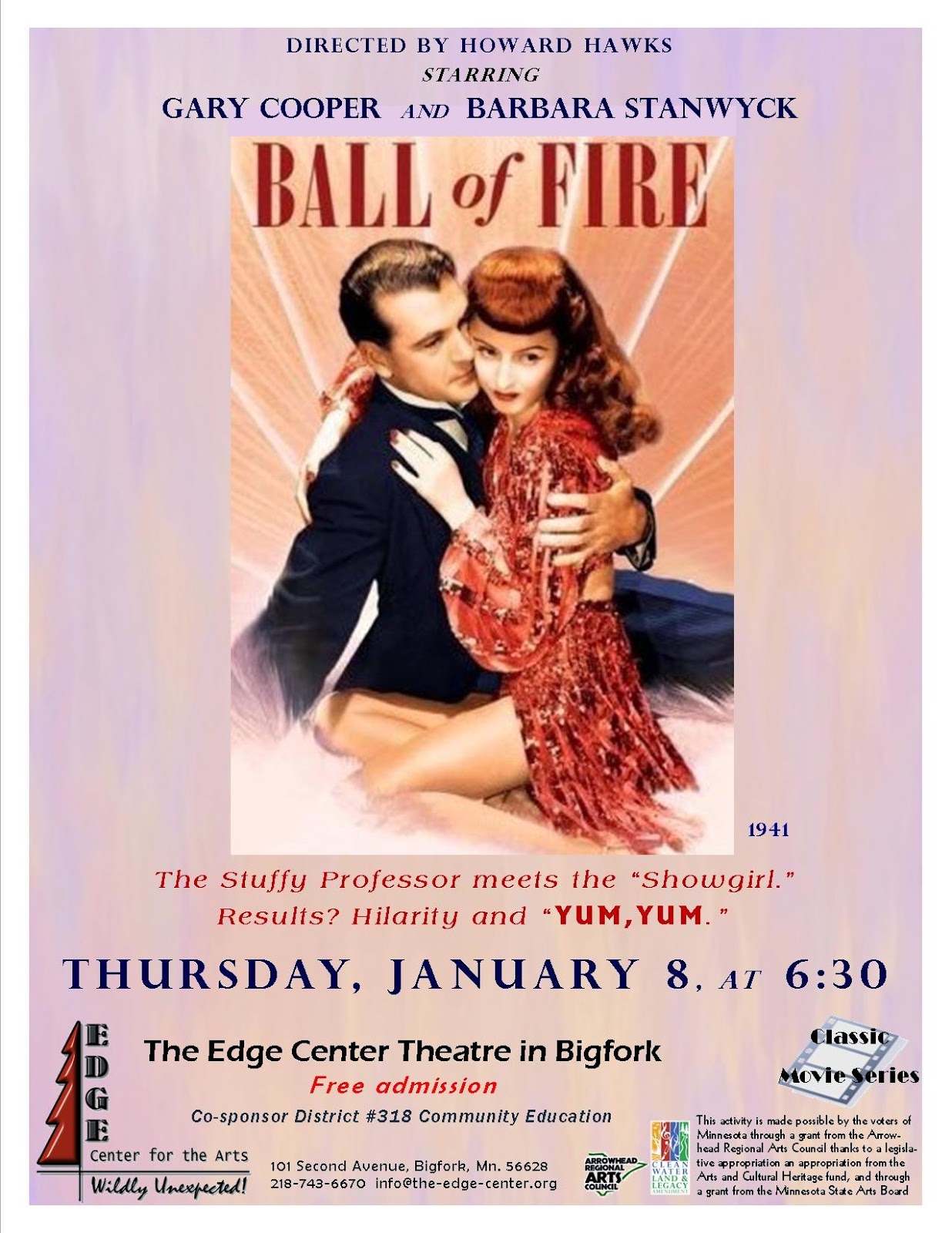 If you take a group of “high-brow” college professors trying to write the definitive lexicon of American common English, mix in a sexy nightclub performer, the police, little bit of mob action, and love, you might get a good movie plot. “Ball of Fire” is that movie starring Barbara Stanwyck and Gary Cooper. This is a 1941 screwball comedy that will leave you laughing. Directed by Howard Hawks and originally distributed by RKO, the movie pokes fun at lots of things especially language snobs. According to one notable reviewer, it had audiences “…jumping with enjoyment…” A visit to the Edge Center in Bigfork might be worth it just to see what made 1941 audiences react that way.  Shown by Jack Nachbar at the Edge Center in Bigfork on Thursday January 8th at 6:30PM free of charge accompanied by Jack’s presentation providing a better understanding of the film and the film industry at the time period of the picture.  Of course there will be a cartoon of the same period to start out the fun. 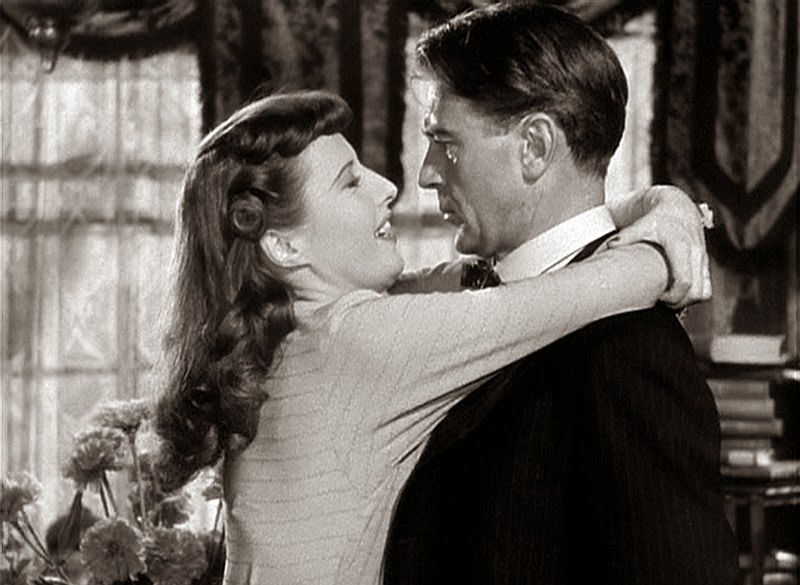 A good way to describe this movie might be from the lady in the movie.  This quote was nominated as one of AFIs 100 years….100 best quotes list.   "I love him because he's the kind of guy who gets drunk on a glass of buttermilk, and I love the way he blushes right up over his ears. I love him because he doesn't know how to kiss…the jerk!". The movie was nominated for Academy Awards for Best Actress in a Leading Role (Barbara Stanwyck), Best Music, Scoring of a Dramatic Picture, Best Sound, Recording and Best Story. Stanwyck and Cooper were both voted 11th in a 1999 AFI poll of greatest film legends. http://en.wikipedia.org/wiki/Ball_of_Fire 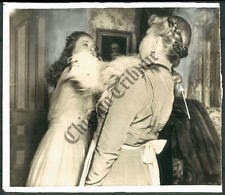 Barbara was no gentle pussycat.  When she “punched” costar Kathleen Howard (above) in this movie, there was accidental contact that left Howard with a broken Jaw. Strong lady for sure. Barbara Stanwyck was born in 1907 and died 1990. She had a 60 year career in movies and television. She was a director’s favorite with a strong presence, professional bearing and a style of her own. Directors who considered her “special” included Cecil B. DeMille, Fritz Lang and Frank Capra. Orphaned at four and raised in foster homes, she rose to become the highest paid women in the United State in 1944. 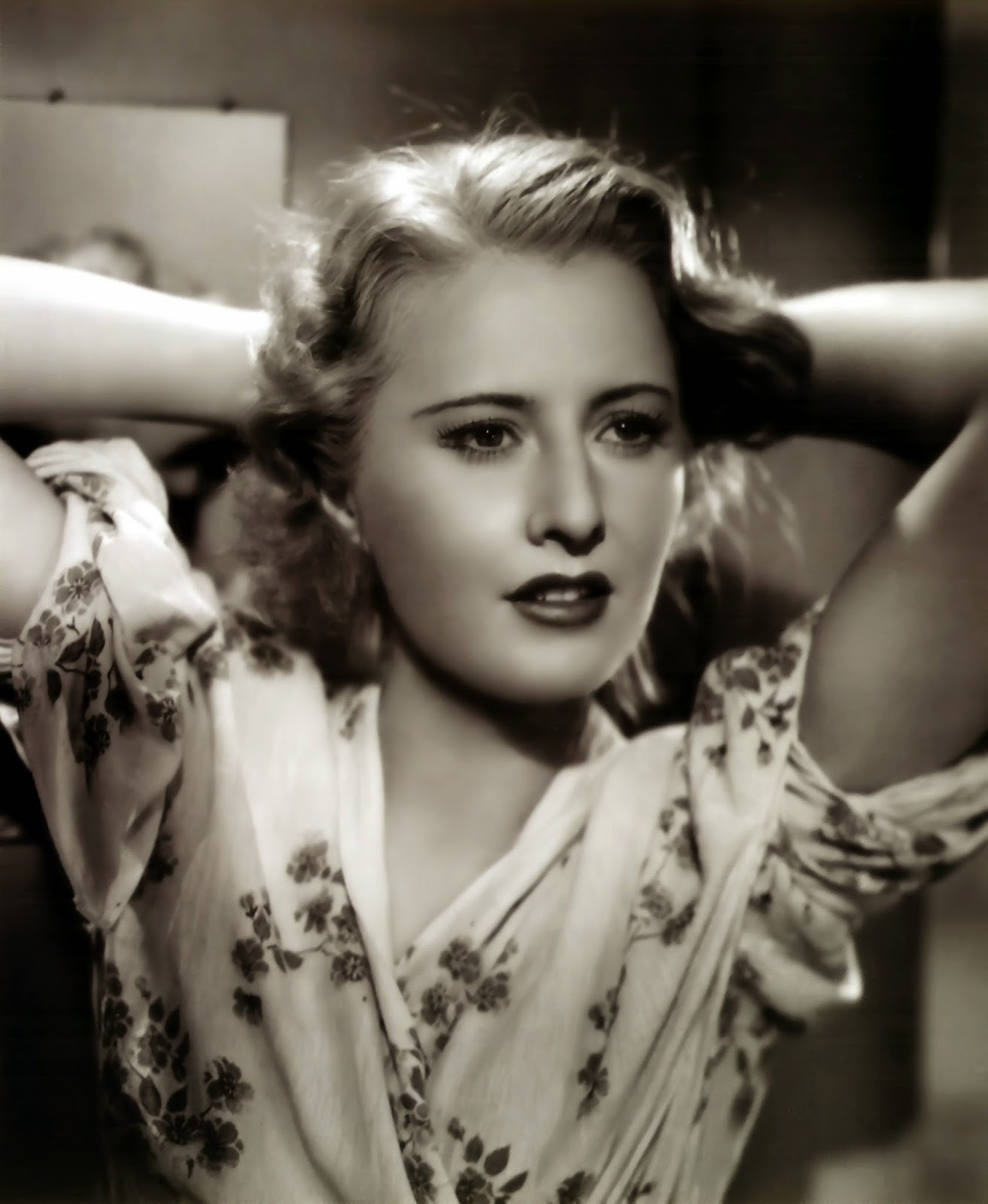 Her awards included three Emmys, a Golden Globe and several nominations for Oscars and getting an honorary Oscar in 1982. She was also the recipient of honorary lifetime awards from the American Film Institute (1987), the Film Society of Lincoln Center (1986), the Los Angeles Film Critics Association (1981) and the Screen Actors Guild (1967). Stanwyck received a star on the Hollywood Walk of Fame in 1941. Reference http://en.wikipedia.org/wiki/Barbara_Stanwyck 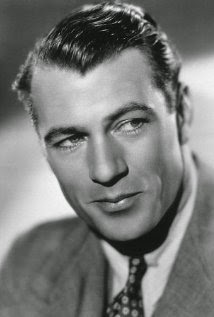 Gary Cooper's career spanned thirty-six years, from 1925 to 1961, and included leading roles in eighty-four feature films. He was movie star from the end of the silent film era to the end of the golden age of Classical Hollywood. He was a star in so many genres he became the typical American film hero for anything a director was seeking…strong, rugged, quiet and very funny when needed. He was born in 1901 and died in 1961. Raised in Montana, it is not surprising he cut his acting teeth in Westerns as both an actor and stunt rider. 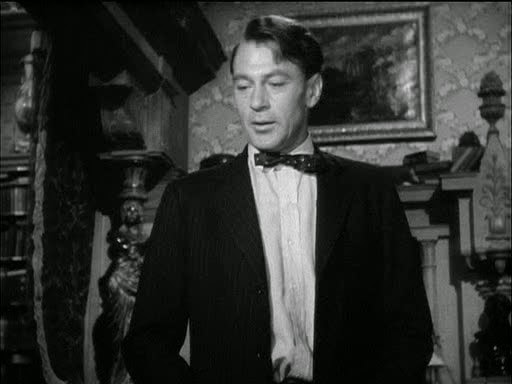 He was naturally reserved and pensive, which shown in his screen persona.  That persona appealed to both men and women while it helped him bring a believable side to the characters he portrayed. Whether playing a real life war hero, as in “Sergeant York”, real life sports hero, as Lou Gehrig, or romantic lead, he was genuine because his real personality came through. His movie achievements included five Academy Award nominations for Best Actor, winning twice, for “Sergeant York” and “High Noon”, plus an Academy Honorary Award for his many memorable screen performances and contributions to the motion picture industry. For a more comprehensive list reference: http://en.wikipedia.org/wiki/Gary_Cooper 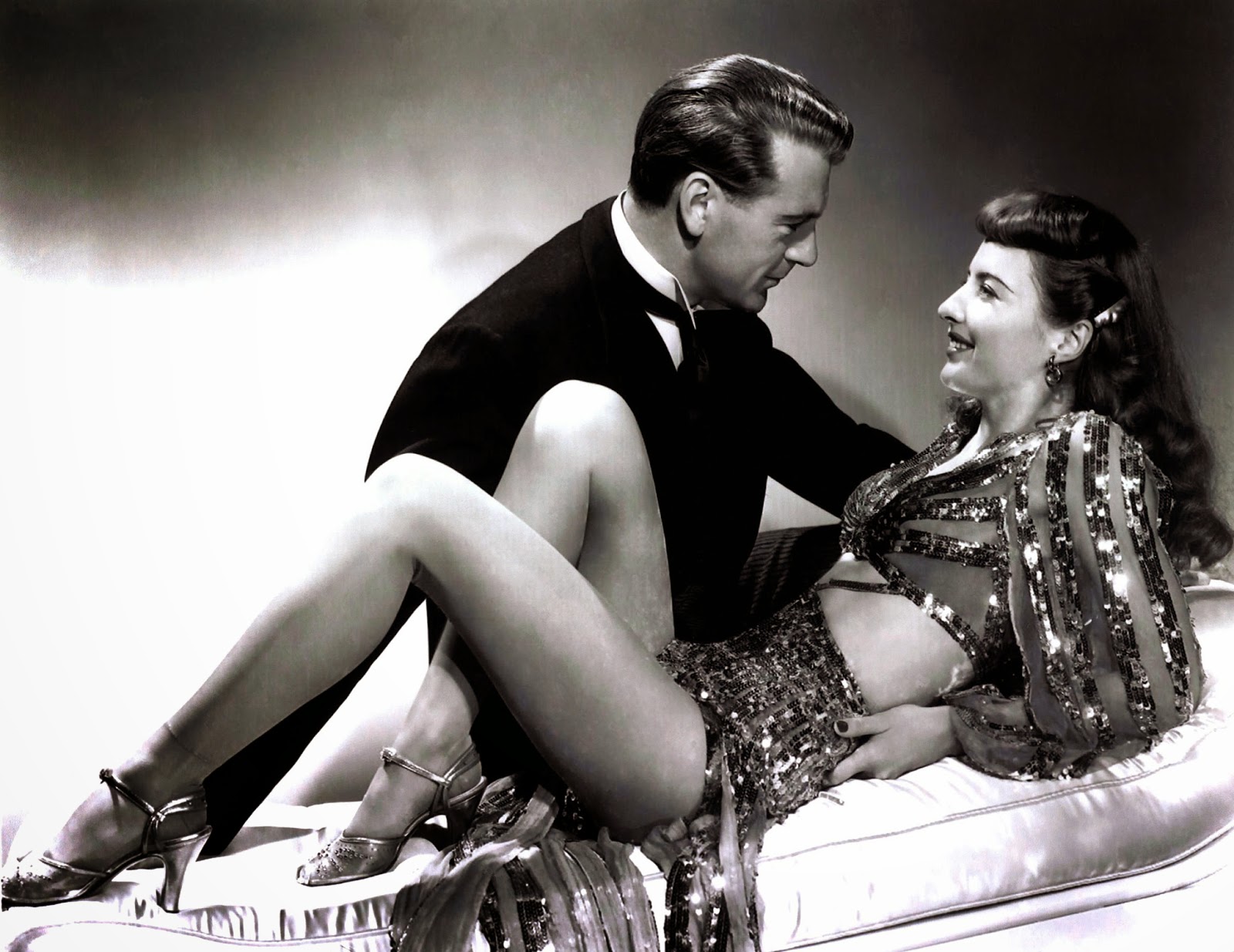 One more reference, if you need more of a push to come to Bigfork to see this film, might be part of the New York Times 1942 review by Bosley Crowther who was often very unimpressed with Hollywood efforts. 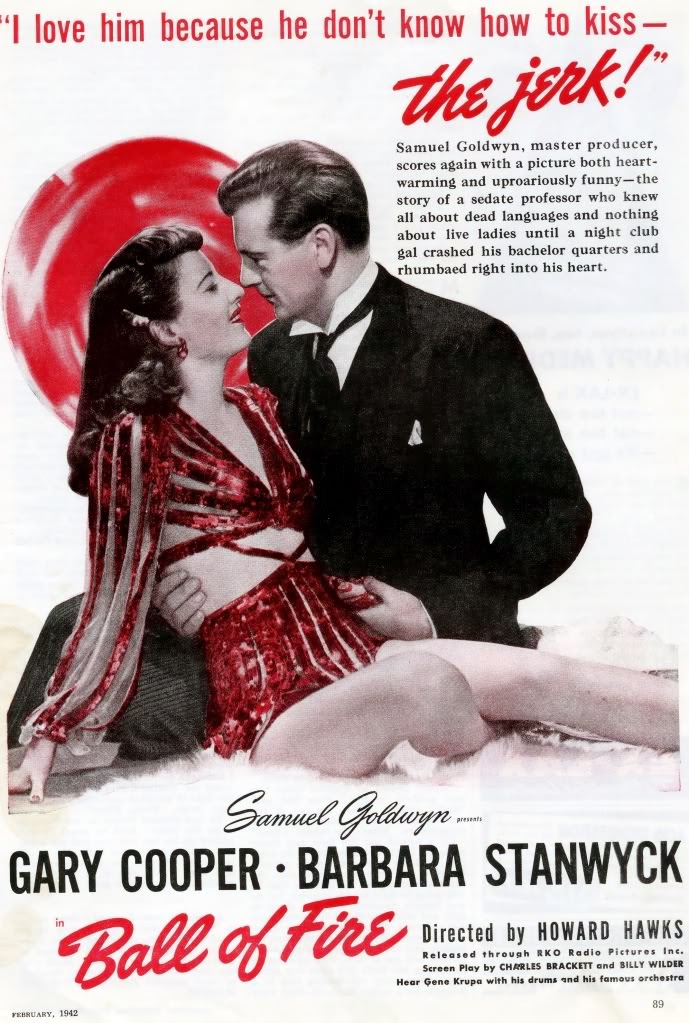 “According to legend, Samuel Goldwyn has made some beautiful lapsi linguae in his time and has done things with the King's English that stand as a monument to his name. Maybe. But still Mr. Goldwyn can't be too touchy on that score, for now he has produced a picture which deliberately kicks the language around in a manner so colorful and lively that you can almost sense his tongue stuck in his cheek. "Ball of Fire…had the customers jumping with enjoyment at the Music Hall yesterday.” Reference: http://www.nytimes.com/movie/review?res=940DE5D6163BE33BBC4E52DFB7668389659EDE 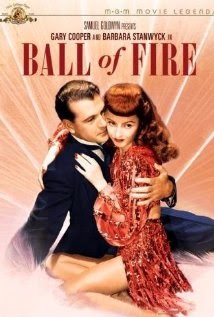 This movie is presented free of charge and with some appropriate snacks courtesy of Jack and his wife/projectionist Lynn.  Place: The Edge Center for the Arts, Bigfork. Date and time: Thursday January 8th 6:30PM. Price of admission: free. 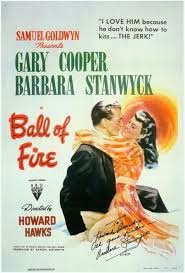 Posted by Edge Center for the Arts at 2:35 PM