Music on the Amazon in Bigfork 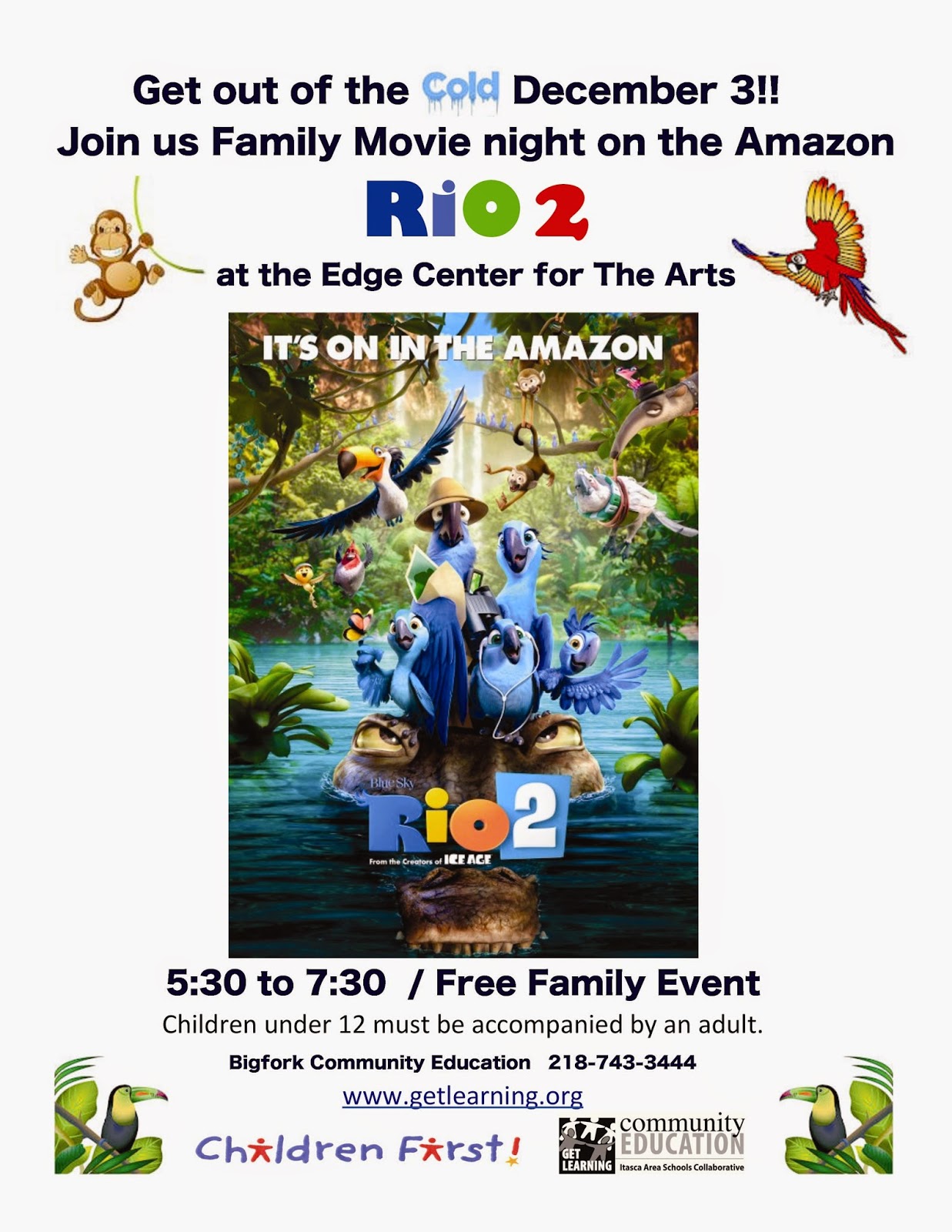 The family movie “Rio 2” is a special holiday treat for the whole family from the Children First initiative of  the ISD 318 Community Education program . “Rio 2” is the sequel to the very successful “Rio” movie.  Both are animated features for the whole family with lot of music, color, excitement, and fun.  With top movie stars providing the voices and the scenery of a tropical paradise, it will certainly take the chill out of a December day. It is on Wednesday December 3rd from 5:30PM to 7:30PM on the big screen of the Edge Center theatre. The showing is free to anyone. Children under 12 years old will need to be accompanied by an adult. So come warm up, hear some great music, and enjoy the flowers and greenery of a tropical rain-forest for a little break from the snow and cold outside.

“Rio 2 is a 2014 American 3D computer-animated musical adventure-comedy film produced by Blue Sky Studios and directed by Carlos Saldanha. It is the sequel to the 2011 computer-animated film Rio and the studio's first film to have a sequel outside of their existing Ice Age franchise. The title refers to the Brazilian city of Rio de Janeiro, where the first film was set and Rio 2 begins, though most of its plot occurs in the Amazon rainforest.” 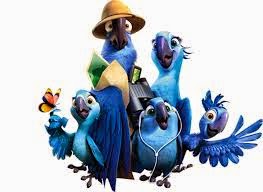 “Featuring the returning voices of Jesse Eisenberg, Anne Hathaway, will.i.am, Jamie Foxx, George Lopez, Tracy Morgan, Jemaine Clement, Leslie Mann, Rodrigo Santoro, and Jake T. Austin, the film was released internationally on March 20, 2014,[4] and on April 11, 2014,[4] in American theaters. Rio 2 was Don Rhymer's final film after he died on November 28, 2012. Despite receiving mixed reviews, the film was a box office success.” Below is movie poster from RIO 2 and RIO. Above from: http://en.wikipedia.org/wiki/Rio_2 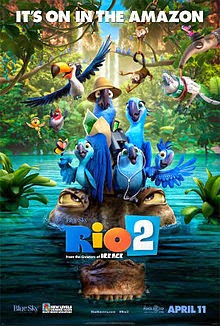 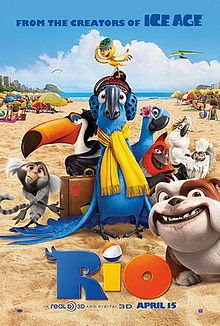 And keep remembering that The Children First! mission of ISD 618 says...Children First! will mobilize communities to actively educate, nuture, and care for all children in Itasca County.

Posted by Edge Center for the Arts at 9:29 AM