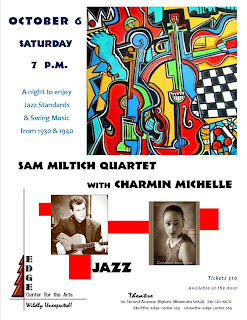 The Sam Miltich Quartet with Charmin will be on stage at The Edge Center in Bigfork Saturday October 6th with the smooth swing sounds of an earlier time, and easy-to-listen jazz favorites with an invite to dance in the orchestra pit. Sam has been here before and this year brings new friends including international singing star Charmin Michelle and Minneapolis’ sax-specialist Doug Haining. They are joined by Sam’s father Mathew Miltich who is the stand up bassist, and Mike Miller another area professional on drums. The five-piece ensemble will delight newcomers to The Edge as well as returning visitors. The time is 7PM and the price is $10.


About coming to Bigfork, Sam says, “We're always very happy to play at the Edge Center -- it's a beautiful venue with intimate seating. It's a concert venue where we'll have a more formal performance and presentation and we'll be working with some excellent musicians from the Twin Cities. I feel strongly about the importance of bringing high quality art to small, rural communities -- even those of us in remote regions of the state deserve fine art…The Edge is an artist-friendly space for a musician -- the connections to the audience and acoustics are great. We've had such a great time playing in the past that we're eager to do it again.” 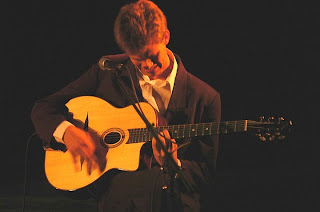 “Sam Miltich is a jazz guitarist born and raised in the woods of northern Minnesota. He is a musician by profession and plays regularly in the Upper Midwest as a soloist and with his bands the Clearwater Hot Club and Big Dipper Jazz Band…At age fourteen he began playing folk and bluegrass guitar. He'd been playing piano since age four when his favorite musicians were Duke Ellington and George Gershwin, but in guitar he found his true passion…(From Sam’s web site: www.clearwaterhotclub.com/Sam_Miltich.html) 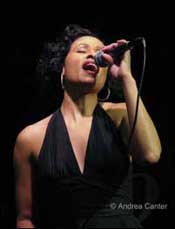 “Born in Birmingham, Alabama, Charmin moved to Minnesota while still a child and has called it home ever since…(she) began touring internationally in 1986. She has performed at jazz festivals throughout Europe…On her last tour to Spain, she recorded with…saxophonists Harry Allen…Grant Stewart…(and) Scott Hamilton, guitarist Peter Bernstein, and Barcelonan musicians Ignasi Terraza, and the Toni Sola Quartet. (From Charmin’s web site: http://www.charmsongs.com/biography.html) 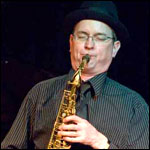 “Doug Haining is a music graduate of St. Olaf College in Northfield, Minnesota, where he studied classical clarinet. He has performed professionally since 1974, backing national artists such as Steve Allen, Don Rickles, Bob Hope, and others, and Broadway shows such as West Side Story, Cats, A Chorus Line and many others. He has performed with the Minnesota Orchestra and St. Paul Chamber Orchestra…” (From the twin cities web site: http://www.tcseven.com/bios.html) (photo: Howard A.Gitelson) 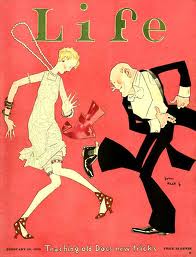 Jazz and swing music are interrelated American art forms dating back to the early 20th century and are a mix of African and European music traditions. Jazz music is hard to define and even harder to characterize. Swing music was born out of jazz styles and sounds in the 1920s. By then larger ensembles of jazz musicians showed a shift in stylistic rhythm and included written forms of music. Like Jazz, Swing music has African American roots and its popularity spread worldwide with a force so strong that it named a whole era…the swing era. 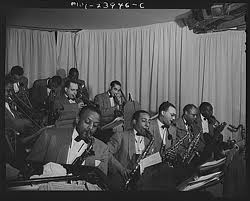 Jazz music can have almost as many styles and sounds as the number of musicians and/or groups playing the genre. Musicians many never play the same piece exactly the same twice. They can and will match a particular performance to the audience’s energy and composition, possibly their own mood, maybe the weather or setting or just because they want to…what a wonderful art form. 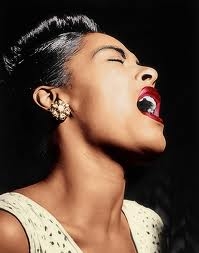 Vocalists, both men and woman, have a strong tradition in jazz roots with the one of the first Jazz recording in the 1917 “Original Dixieland Jass Band” including Sarah Martin as vocalist. Billie Holiday came on the Jazz scene in the early 1930s with a new approach. In her words, “I don't feel like I'm singing, I feel like I'm playing the horn.” She was the band’s foundation: her timing implacable, phrasing incredible and emotional connections to the music unmatched. 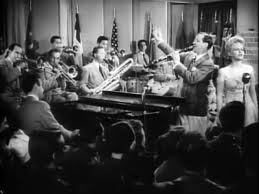 Swing music’s background has its origins in jazz. With many jazz musicians considering it a serious art form, when swing went mainstream and even created a dance craze, swing lost its appeal to them. It made some of the serious jazz artists feel that it was no longer “their” music and was best suited to selling records. Swing's timeline included the public’s embracing in the mid 1930s, a dance craze into the 40s, migration from “big band” to smaller groups due to wartime economics, and a work strike in the 1948 that helped swing to evolve into blues and bebop.

Posted by Edge Center for the Arts at 5:48 PM